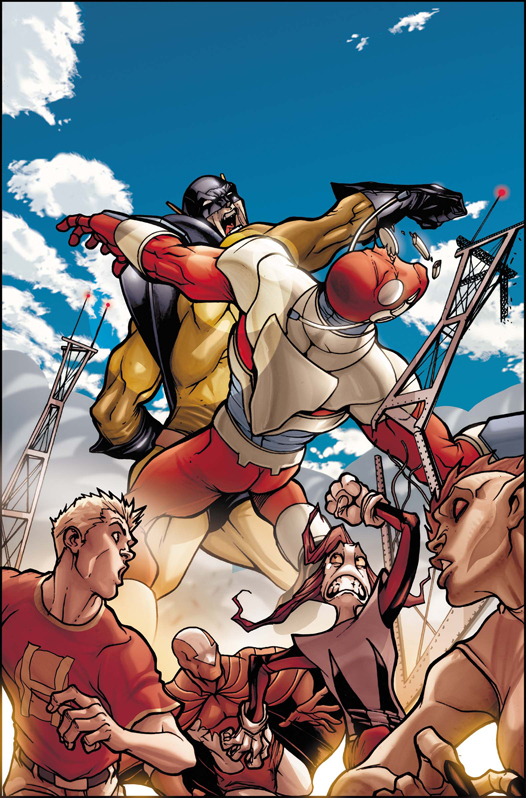 OCT072087
(W) Christos N. Gage, Dan Slott (A/CA) Stefano Caselli
Written by DAN SLOTT
Pencils & Cover by STEFANO CASELLI
KILLED IN ACTION (Part 1 of 4)
"Fresh Meat"
Training is almost over for our cadets. Some will graduate. Some will washout. And, yes, some WILL die!  It all starts here, in the Initiative's biggest story to date! And with the clock ticking on the first class of recruits, get ready to meet the next batch!  Including new Marvels, old Marvels, at least one SKRULL, and...THE IRREDEEMABLE GIANT-MAN? Also, with the Gauntlet out of commission, just wait until you meet Camp Hammond's new Drill Instructor... he's a real Taskmaster!
PRODUCT UPDATE (121207): Originally solicited as being written by Dan Slott, Avengers: Initiative #8 will be co-written by Slott and Christos Gage.