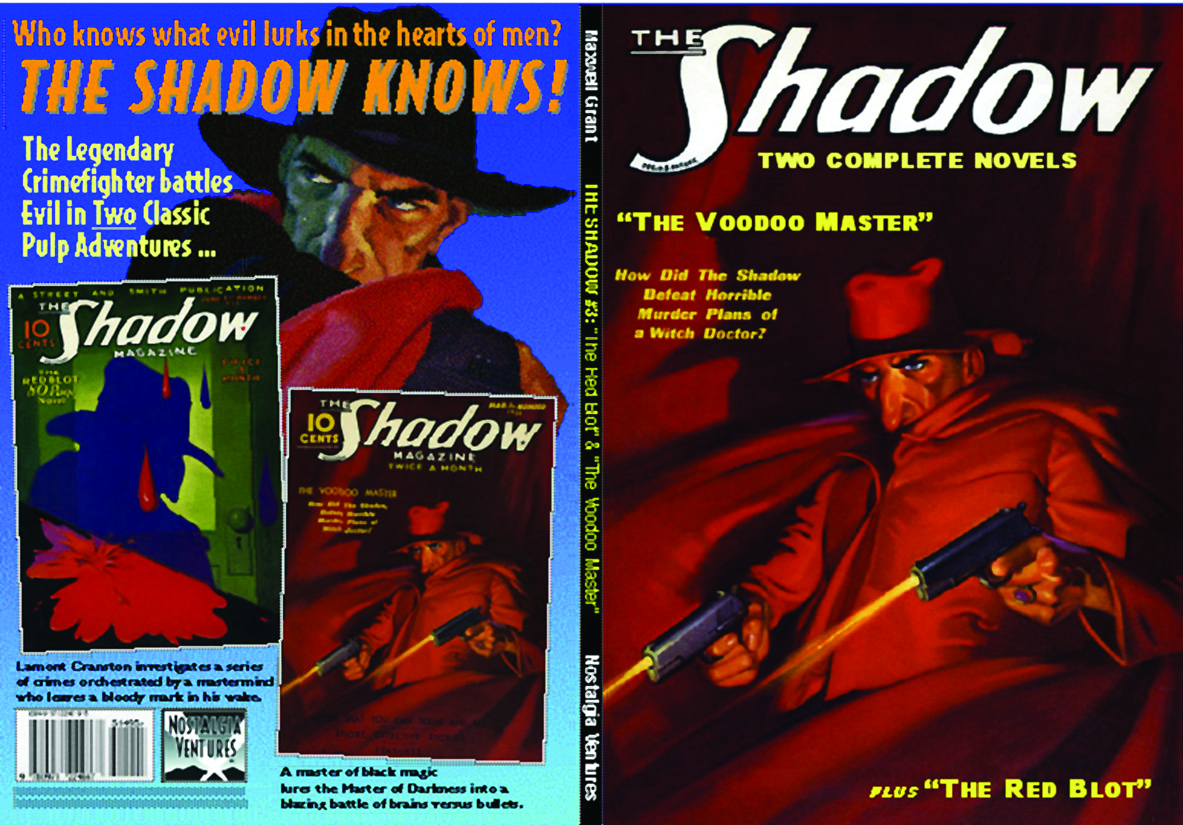 OCT063832
(W) Maxwell Grant Walter Gibson (A) Tom Lovell (CA) George Rozen
The Knight of Darkness returns in two more classic pulp thrillers including: "The Voodoo Master," voted the favorite novel in a 1937 Shadow Magazine readers' poll, and again acclaimed as one of the top Shadow novels by pulp fans nearly a half century later! Walter Gibson's 1936 novel introduces The Shadow's arch-foe Dr. Rodil Mocquino, the master of black magic who returned in two subsequent novels and several Golden Age comic book stories. In "The Red Blot" (1933), Lamont Cranston first meets Commissioner Weston (setting up the friendship that would be featured in the famous radio series) and investigates a series of crimes orchestrated by a malevolent mastermind who leaves a bloody mark as his calling card. The trade paperback also features the original pulp covers by George Rozen, all the interior illustrations by Tom Lovell, and historical commentary by Anthony Tollin, co-author of The Shadow Scrapbook.