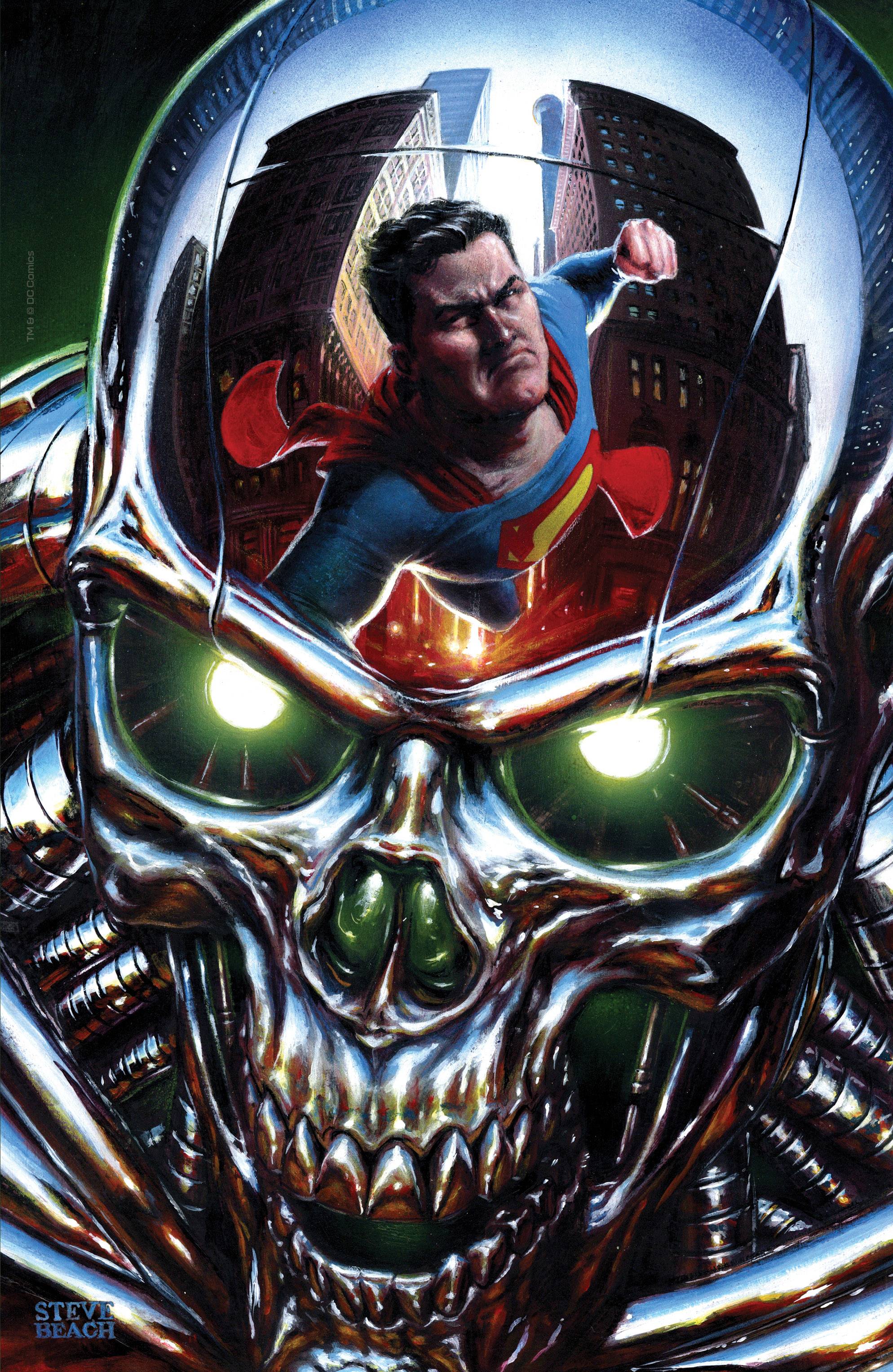 #
NOV223461
ACTION COMICS REBORN! Action Comics #1051 begins a new format for DC's most action-packed title, offering not one, not two, but three epic adventures of Superman and the entire Super-Family! Following the bombshell events of Action Comics #1050, the world's relationship with Superman is forever changed, the upper limits of his supercharged powers have yet to be reached, and the House of El's transformation of Metropolis, led by Steel, has begun. But Lex Luthor has found the perfect instrument with which to undo everything Superman is working to achieve: Metallo, whose hatred of Superman is matched only by his hatred for Luthor himself. Then, in Lois and Clark 2: Doom Rising, Dan Jurgens and Lee Weeks return to tell the tale of young Jon Kent on the farm with his parents, learning about his abilities, coming of age...and battling the Doombreaker?! And finally, Power Girl returns in part one of a three-part story spinning out of Lazarus Planet! This issue marks the first appearance of new characters, new costumes, and a new era of Action Comics! It all starts here!
In Shops: Jan 24, 2023
SRP: $7.99
View All Items In This Series
ORDER SUBSCRIBE WISH LIST