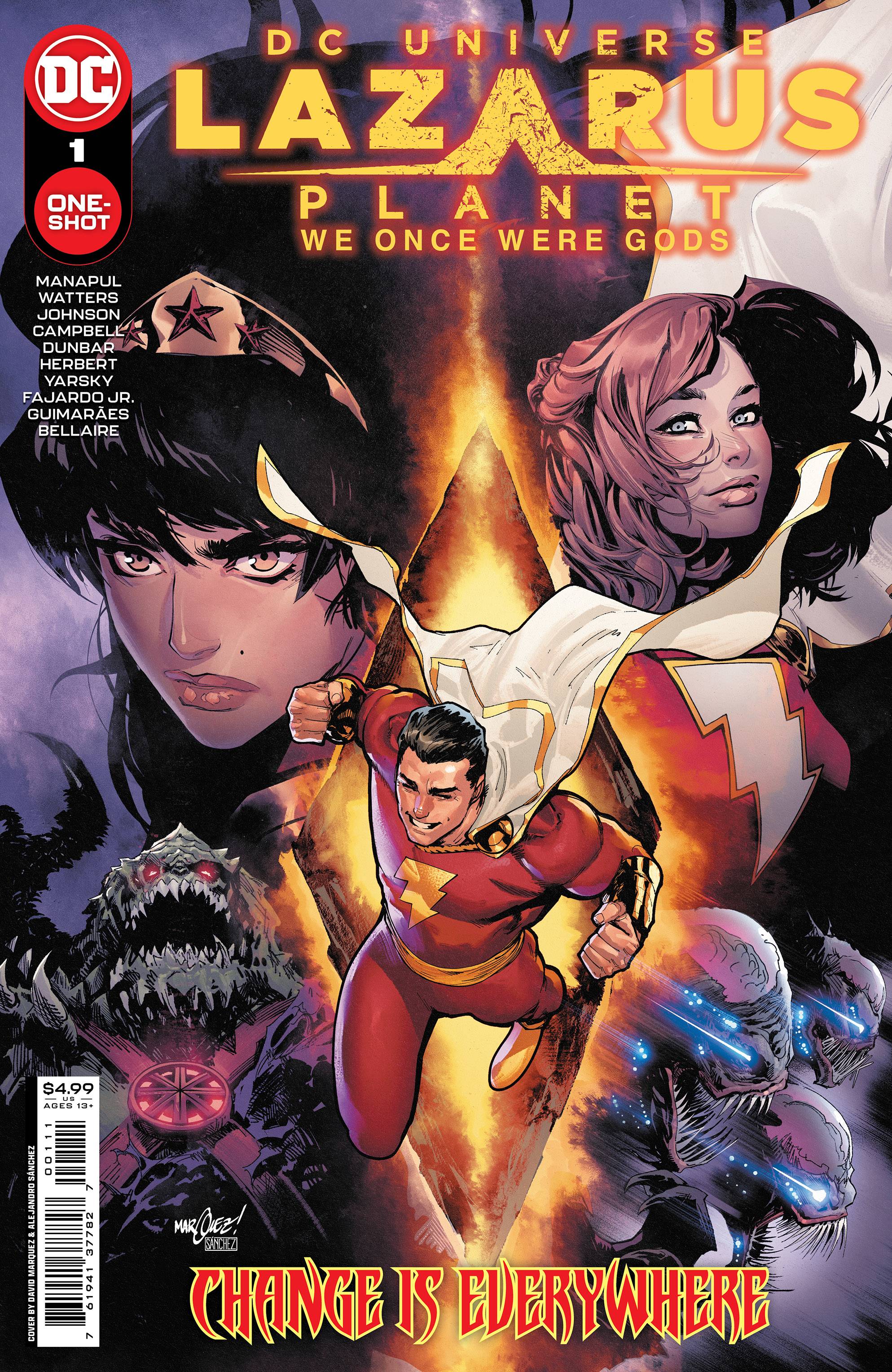 #
NOV223399
Written by Francis Manapul, Dan Watters, Philip Kennedy Johnson, and Josie Campbell. Art by Francis Manapul, Max Dunbar, Jack Herbert, and Caitlin Yarsky. As the Lazarus rain beats down upon planet Earth, human beings are only a fraction of those affected by this transformative upheaval--enter: We Once Were Gods. This series of vignettes explores Lazarus Planet's effects across the many extraordinary locations and creatures in the DC Universe, and like their human counterparts, these beings are in for some big changes. Can Themyscira survive the resurrection of every invading army that ever graced its shores? Will Martian Manhunter survive a psychic link to a Doomsday nest? What happens when the monsters from the Trench gain the ability to breathe air? And look out, Shazam Family...the Rock of Eternity is about to get rocked.
In Shops: Jan 24, 2023
SRP: $4.99
ORDER WISH LIST