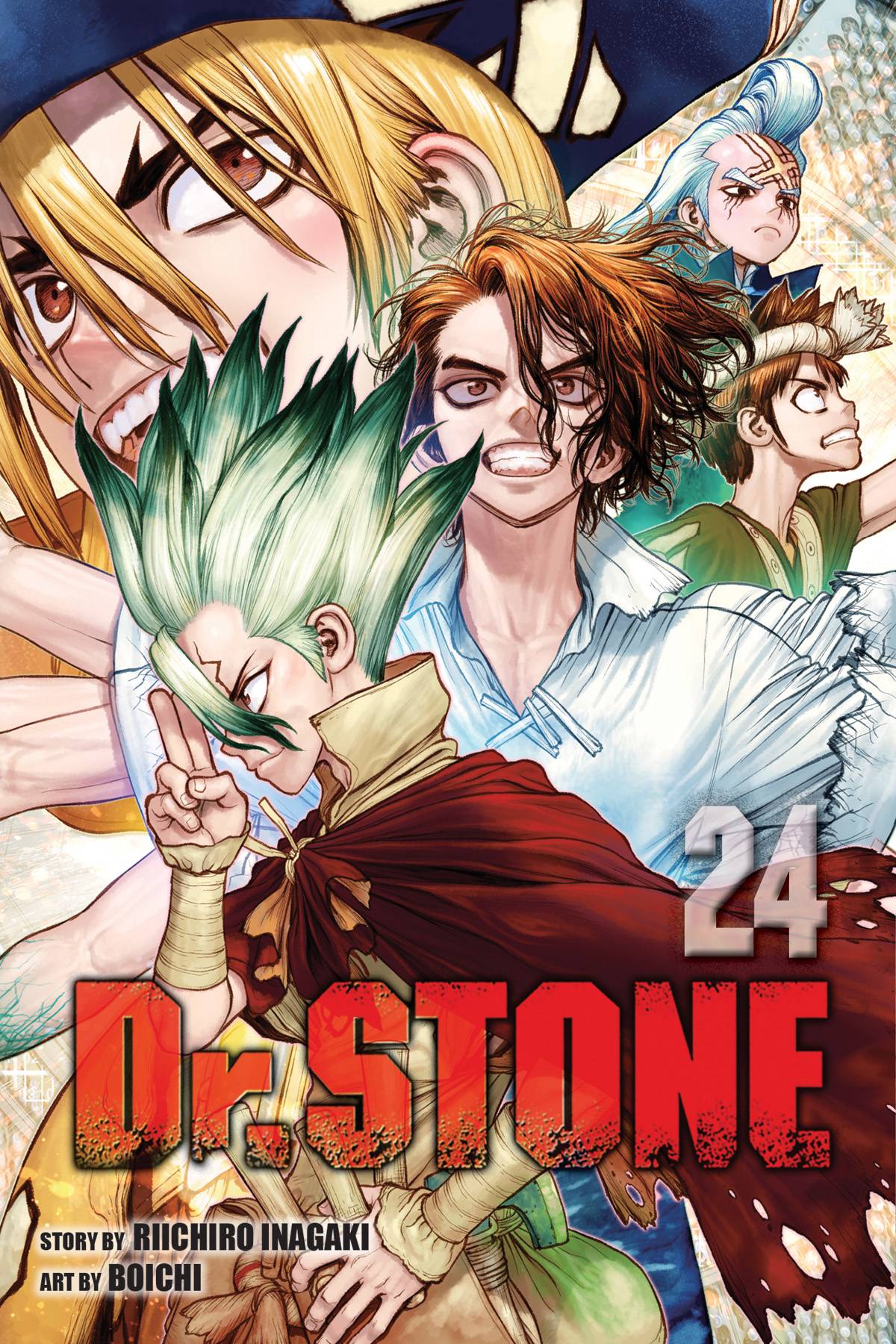 #
NOV222025
(W) Riichiro Inagaki (A) Boichi
Imagine waking to a world where every last human has been mysteriously turned to stone...
One fateful day, all of humanity turned to stone. Many millennia later, Taiju frees himself from the petrification and finds himself surrounded by statues. The situation looks grim-until he runs into his science-loving friend Senku! Together they plan to restart civilization with the power of science!
Senku and company are determined to reach the moon, but first they face their greatest obstacle yet-building a computer! They need the help of a genius programmer named Sai, who just happens to be Ryusui's older brother. As progress on the rocket continues, Senku shocks the Kingdom of Science when he reveals a grim truth about their mission...
In Shops: Jan 04, 2023
SRP: $9.99
View All Items In This Series
ORDER SUBSCRIBE WISH LIST