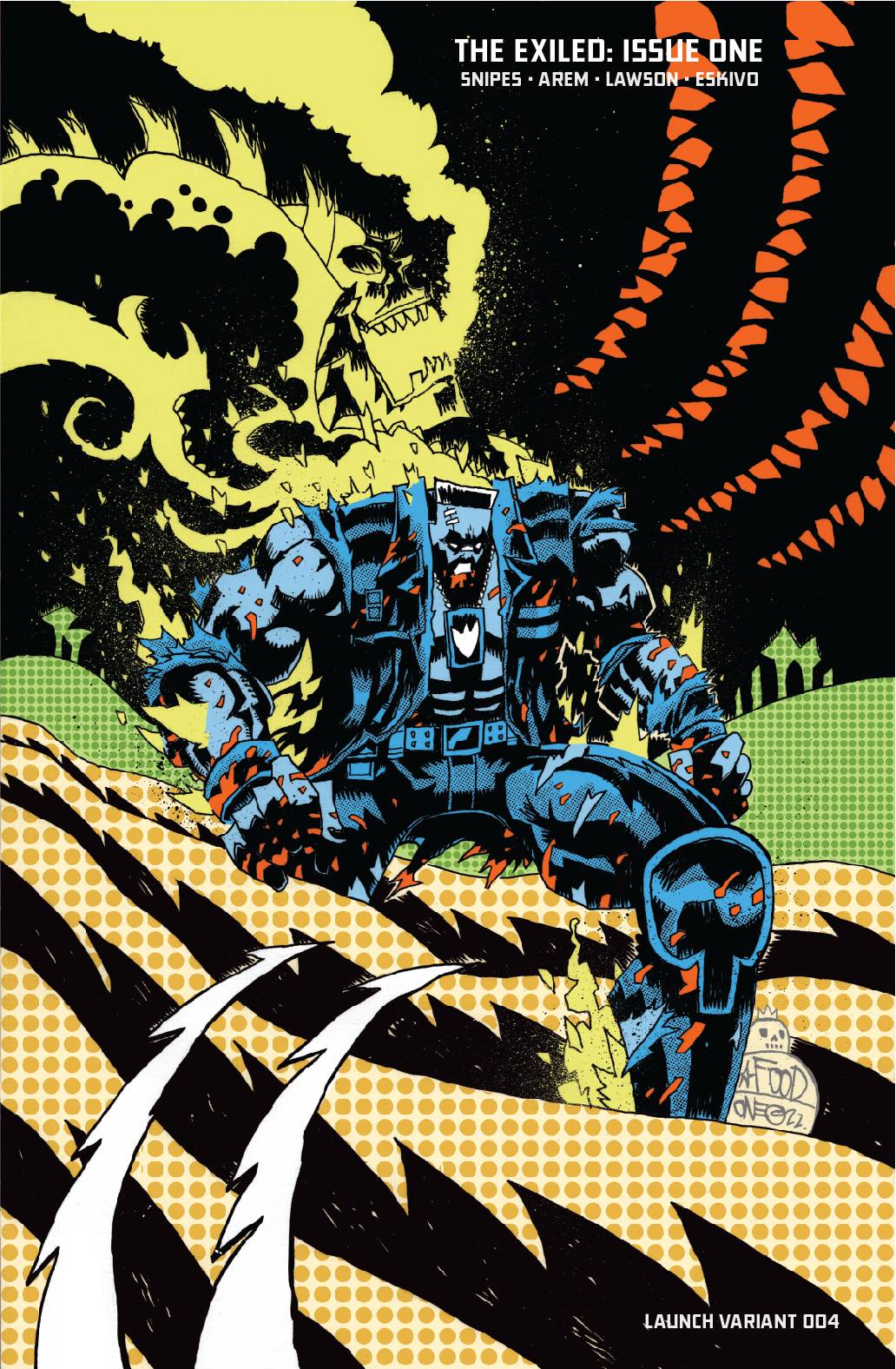 WESLEY SNIPES (The producer and star of the Blade franchise) presents his original
series, THE EXILED, a genre-bending Sci-Fi Noir described as "Seven meets Blade
Runner."

The Exiled follows hardboiled detective Niles "Roach" Washington as he pursues a serial
killer who is using mysterious, ancient tools to rip the spines from his victims. When
forces outside and within the police department attempt to discredit him for his theories,
Roach's instincts keep pushing him forward. With enemies on all sides, Roach wades
deeper into the conspiracy and uncovers a secret 5000 years in the making.
In Shops: Feb 15, 2023
SRP: $4.99
View All Items In This Series