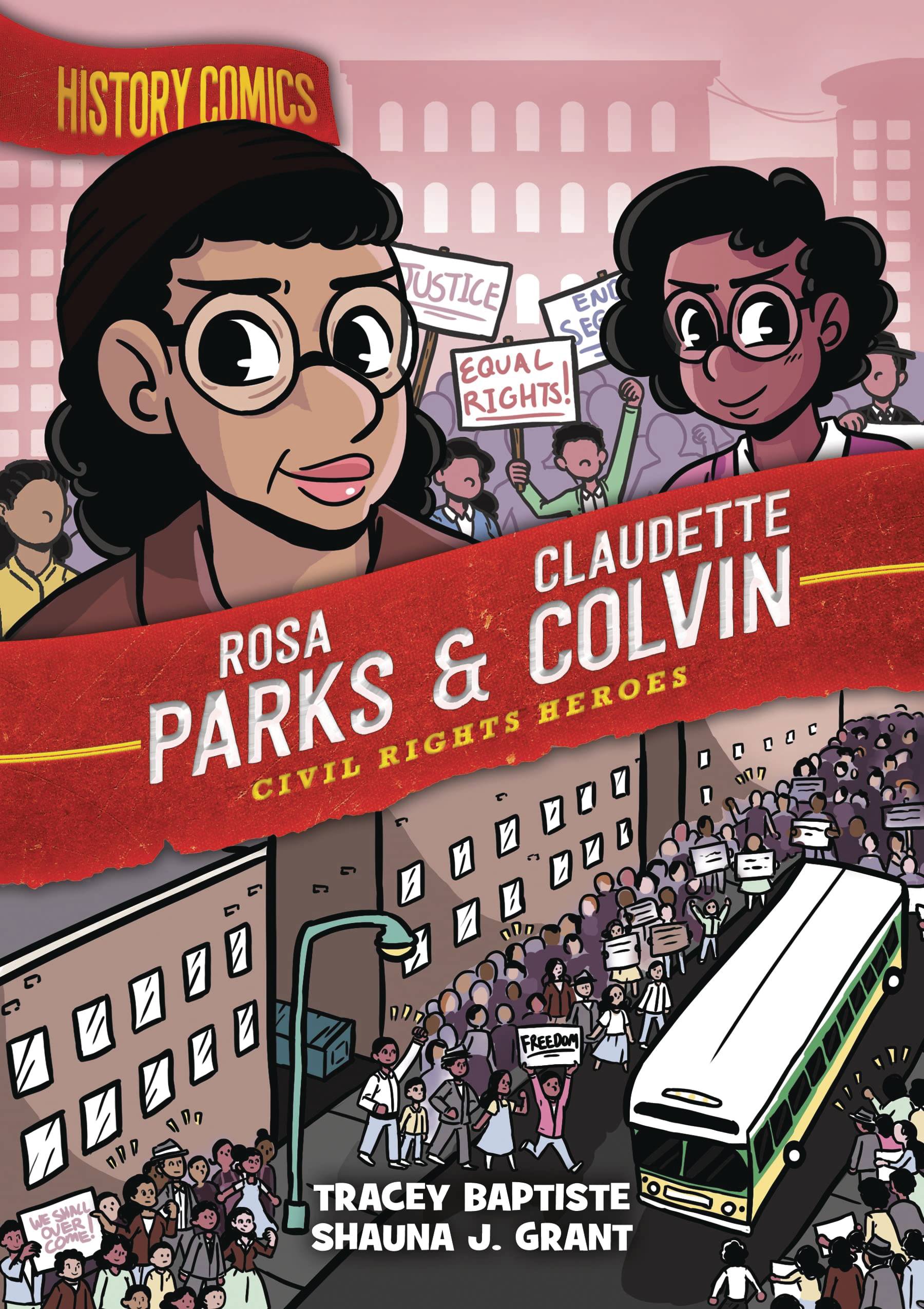 #
NOV221517
(W) Tracey Baptiste (A) Shauna Grant
Turn back the clock with History Comics! In this volume, learn about two brave women who stood up against segregation, setting in motion the Montgomery Bus Boycott! A Black woman who refused to give up her seat on a segregated bus sparked a bus boycott and became part of one of the most iconic moments in American history. Yet, few know that Rosa Parks had actively worked toward social justice her whole life. And even fewer know that the seeds of the statewide bus boycott were first planted by a teenager named Claudette Colvin, who was arrested on similar charges months earlier. Parks and Colvin inspired a nation, showing how positive change can start with a single defiant act. Their actions have become the stuff of legend, but there is so much more to their lives, their stories, and the movement they began!
In Shops: Dec 28, 2022
SRP: $12.99
ORDER WISH LIST