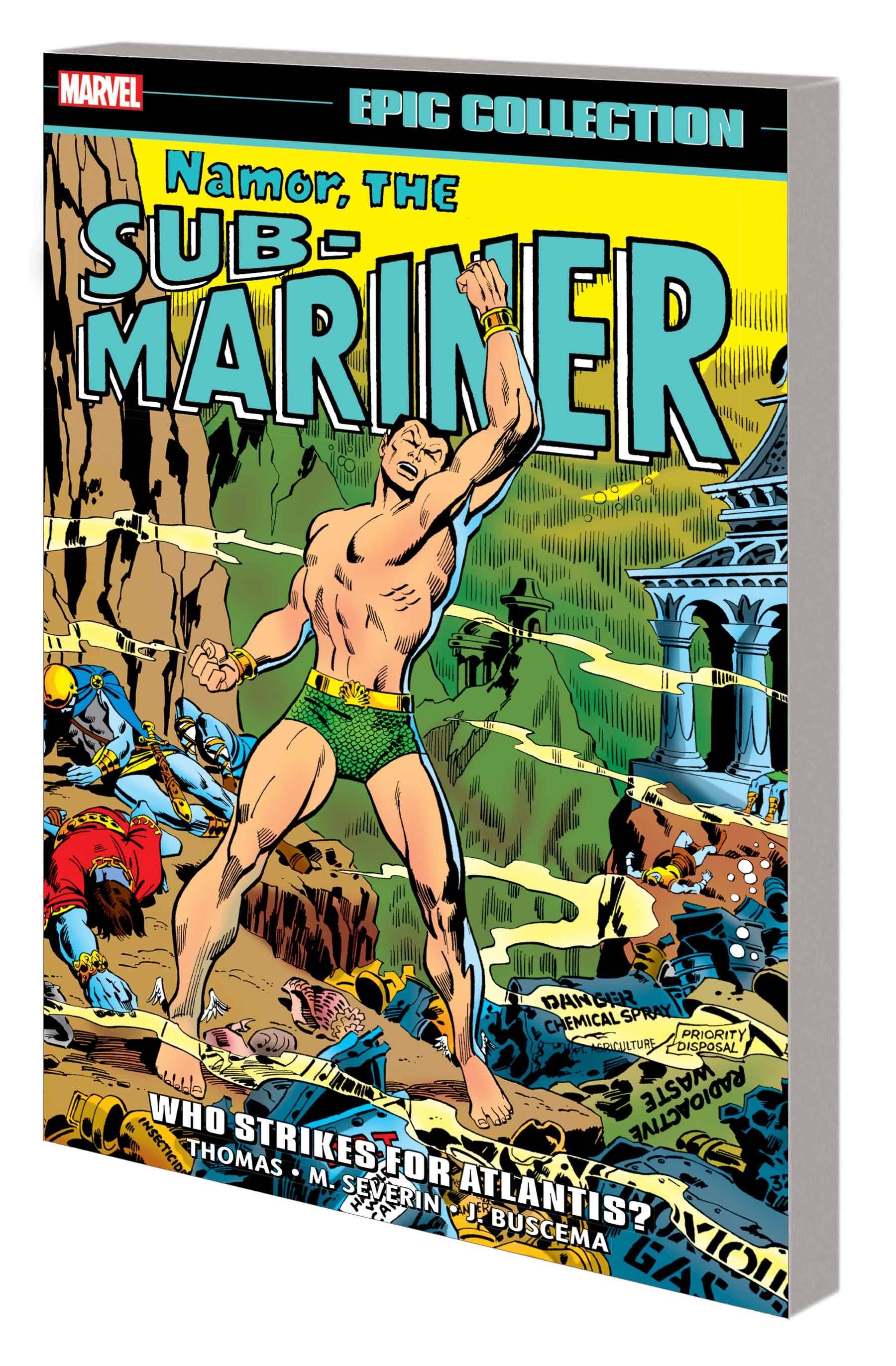 #
NOV220880
(W) Roy Thomas (A) Various (A/CA) Marie Severin
There's no mariner like the Sub-Mariner - as you're about to see! First, our undersea hero must take on the bloodthirsty Tiger Shark, but the truly epic confrontation begins when the man called Destiny returns! His "Helmet of the Ancients" is revealed to be the powerful Serpent Crown, and its evil influence threatens the lives of Namor and everyone he loves! The drama ratchets up another notch when the alien Stalker robs Namor of his ability to fly and breathe underwater. Stranded on land, the Avenging Son of Atlantis becomes Public Enemy No. 1 - and even Doctor Doom is aiming for the target on his back! Also featuring a tooth-rattling fight against the Thing - and the touching return of a love from Namor's past! Collecting SUB-MARINER (1968) #4-27.
In Shops: Feb 22, 2023
SRP: $49.99
ORDER WISH LIST