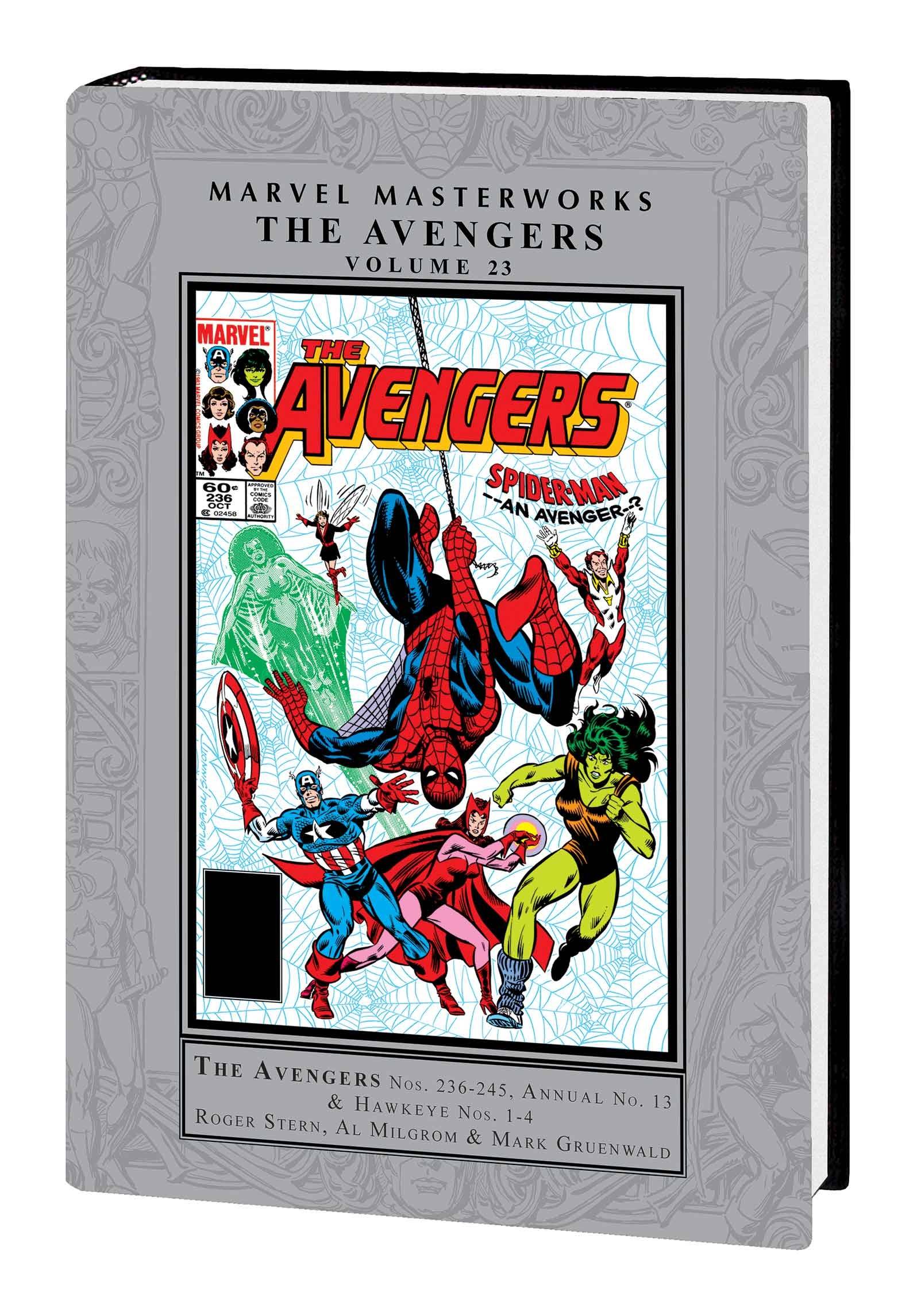 #
NOV220861
(W) Roger Stern, Various (A) Various (A/CA) Al Milgrom
Roger Stern's run of Avengers excellence continues! First, Spider-Man is short on cash - and an Avengers salary is just the ticket to fix his finances! Then, it's pandemonium at Project PEGASUS - and in the aftermath, Starfox connects the Vision to Titan's supercomputer, giving Vizh nearly unlimited power! Next, the team battles Morgan Le Fey in a struggle to save Spider-Woman's soul. Meanwhile, Hawkeye introduces his new bride, Mockingbird, to the Avengers - just in time to get whisked away to Battleworld along with most of the team! The Vision is left behind, but can he assemble an all-new Avengers roster? Plus: An Annual adventure by the creative dream team of Stern, Ditko and Byrne - and Mark Gruenwald's milestone HAWKEYE limited series! Collecting AVENGERS (1963) #236-245 and ANNUAL #13, and HAWKEYE (1983) #1-4.
In Shops: May 24, 2023
SRP: $75.00
View All Items In This Series
ORDER SUBSCRIBE WISH LIST