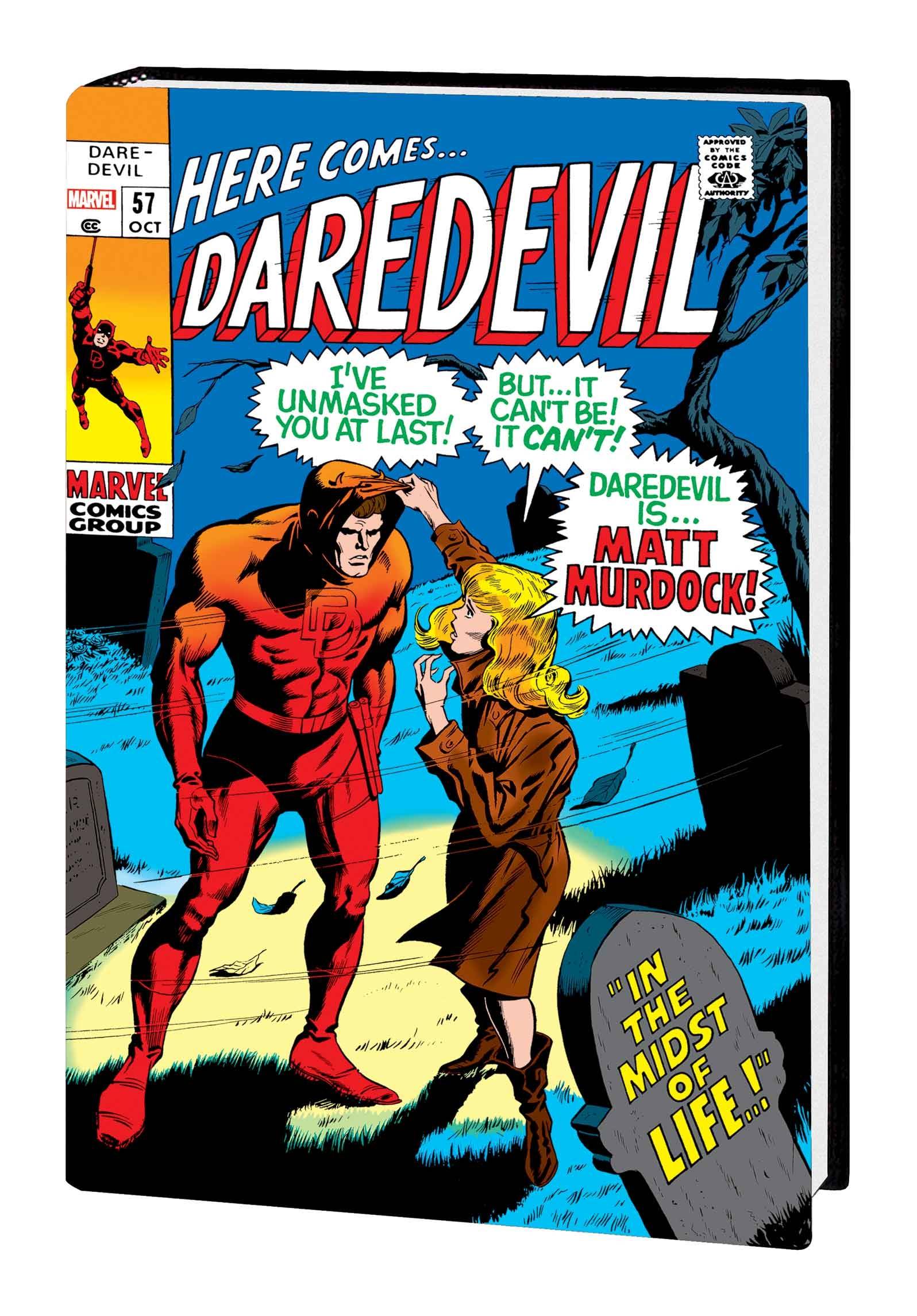 #
NOV220846
(W) Stan Lee, Various (A) Various (A/CA) Gene Colan
The Man Without Fear is back! Matt Murdock has done battle with Marvel's most maddening villains - but when the Jester enters the fray, the rules change forever. Framing DD for murder, he sets all of New York against our hero! And the stakes get even higher when Starr Saxon discovers DD's secret identity. The tension drives Matt to reveal his secret to Karen Page - but rather than bringing her closer, this revelation pushes her away! The drama soon drives DD to Los Angeles, a town with a cast of bizarre, action-packed enemies unlike any other. And when he finally makes his way back to the Big Apple, Daredevil must join forces with Iron Man and Nick Fury against Spymaster and the Zodiac! Collecting DAREDEVIL (1964) #42-74, IRON MAN (1968) #35 and material from IRON MAN (1968) #36.
In Shops: May 24, 2023
SRP: $100.00
View All Items In This Series
ORDER WISH LIST