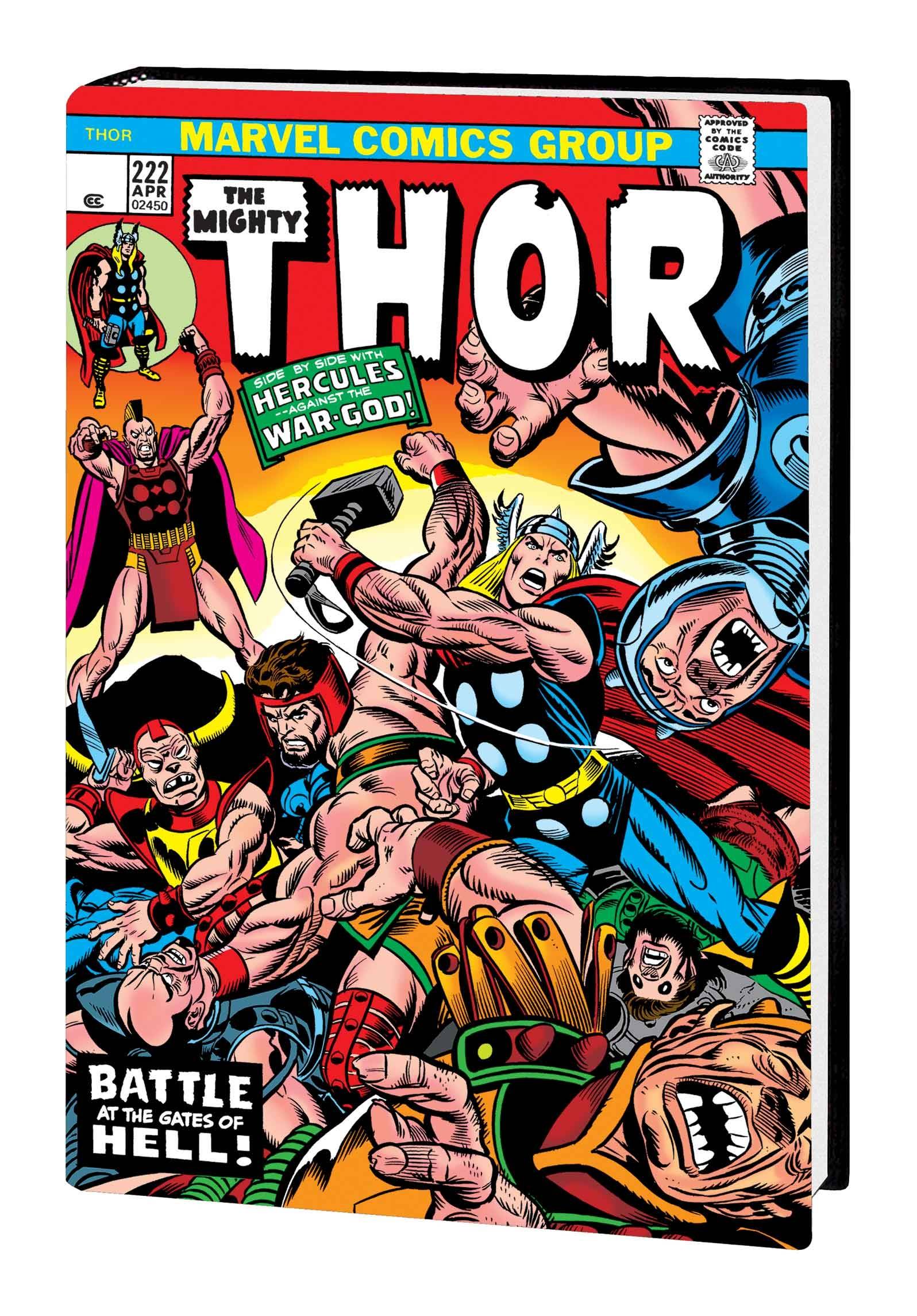 #
NOV220843
(W) Gerry Conway, Various (A) John Buscema, Various (CA) Gil Kane
All hail Asgard, because it's time for the next Thor Omnibus! It begins when Odin sends Thor on a quest to the World's End - and Loki looses Mangog, the monster powered by the anger and hatred of a billion beings! It's an all-out action epic that leads to the tragic death of Odin. But death is not the end! Next comes Ulik's attempt to wrest Mjolnir from Thor and conquer Earth. Then, it's page after page of boasts, brawls and broken bones as Thor and Hercules team up and battle their way into Pluto's underworld! And before you reach the end of this oversized edition, the Destroyer will return - and the origin of Ego the Living Planet will be revealed! Collecting THOR (1966) #195-228 and material from MARVEL TREASURY EDITION #3.
In Shops: May 17, 2023
SRP: $100.00
View All Items In This Series
ORDER WISH LIST