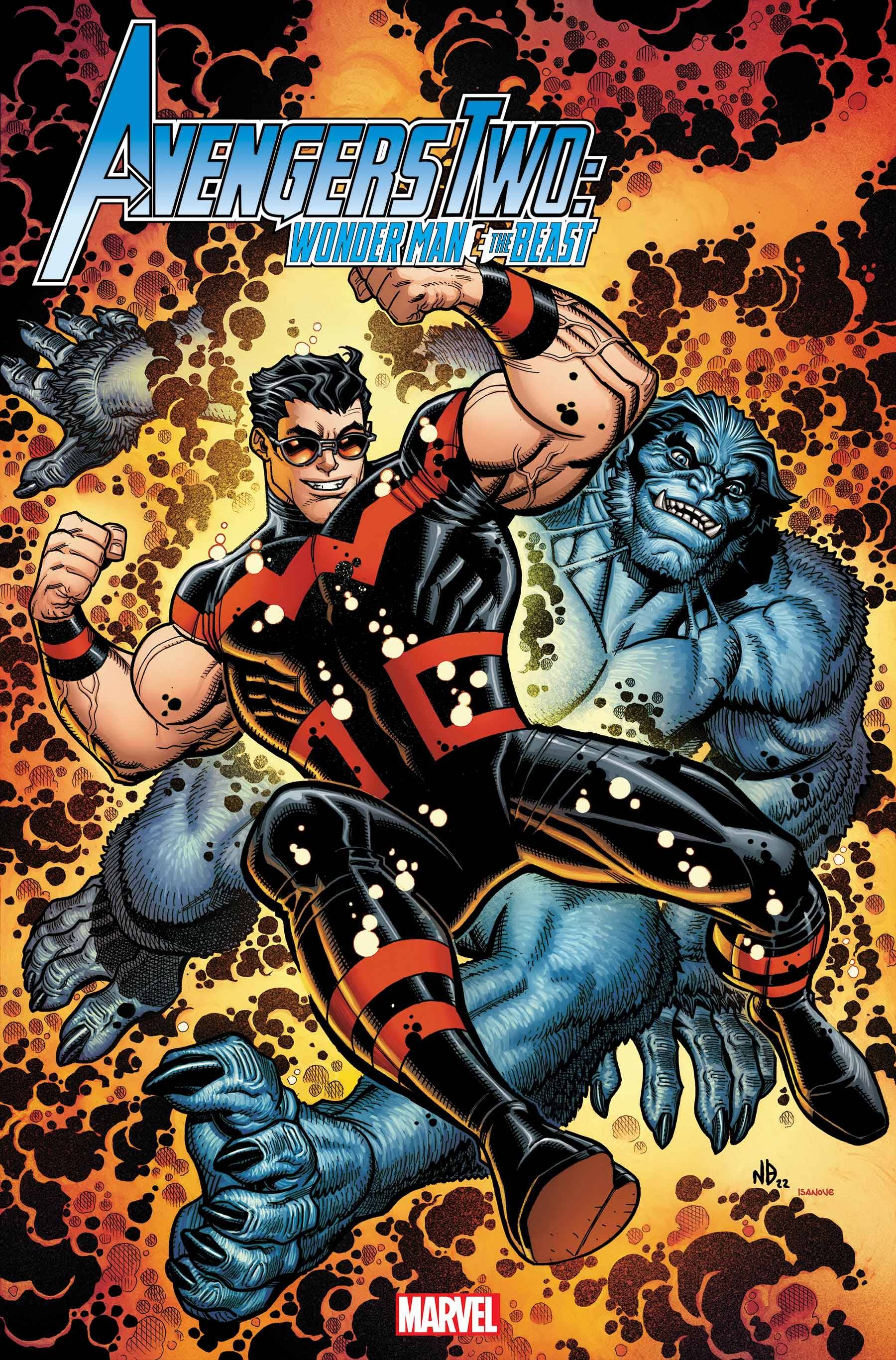 #
NOV220813
(W) Roger Stern (A) Mark Bagley (CA) Nick Bradshaw
COLLECTED FOR THE FIRST TIME! One of the best buddy pairings in comics - Wonder Man and the bouncing Beast! You may know Hank McCoy more as an X-Man, but during his time as an Avenger, he developed a fine bromance with the super hero and actor Simon Williams! When a newly back-from-the-dead Wonder Man heads back to California with some making up to do, the Beast tags along to provide moral support in AVENGERS TWO: WONDER MAN AND BEAST #1-3, from the wondrous creative pairing of Roger Stern and Mark Bagley! But Wonder Man's return to L.A. has not gone unnoticed by his old adversaries - most notably, Lady Lotus! And the big trouble really begins when the towering It, the Living Colossus attacks the City of Angels! Can the Beast and Wonder Man save Tinseltown and bury the ghosts from Simon's past?
In Shops: Jan 18, 2023
SRP: $7.99
ORDER WISH LIST