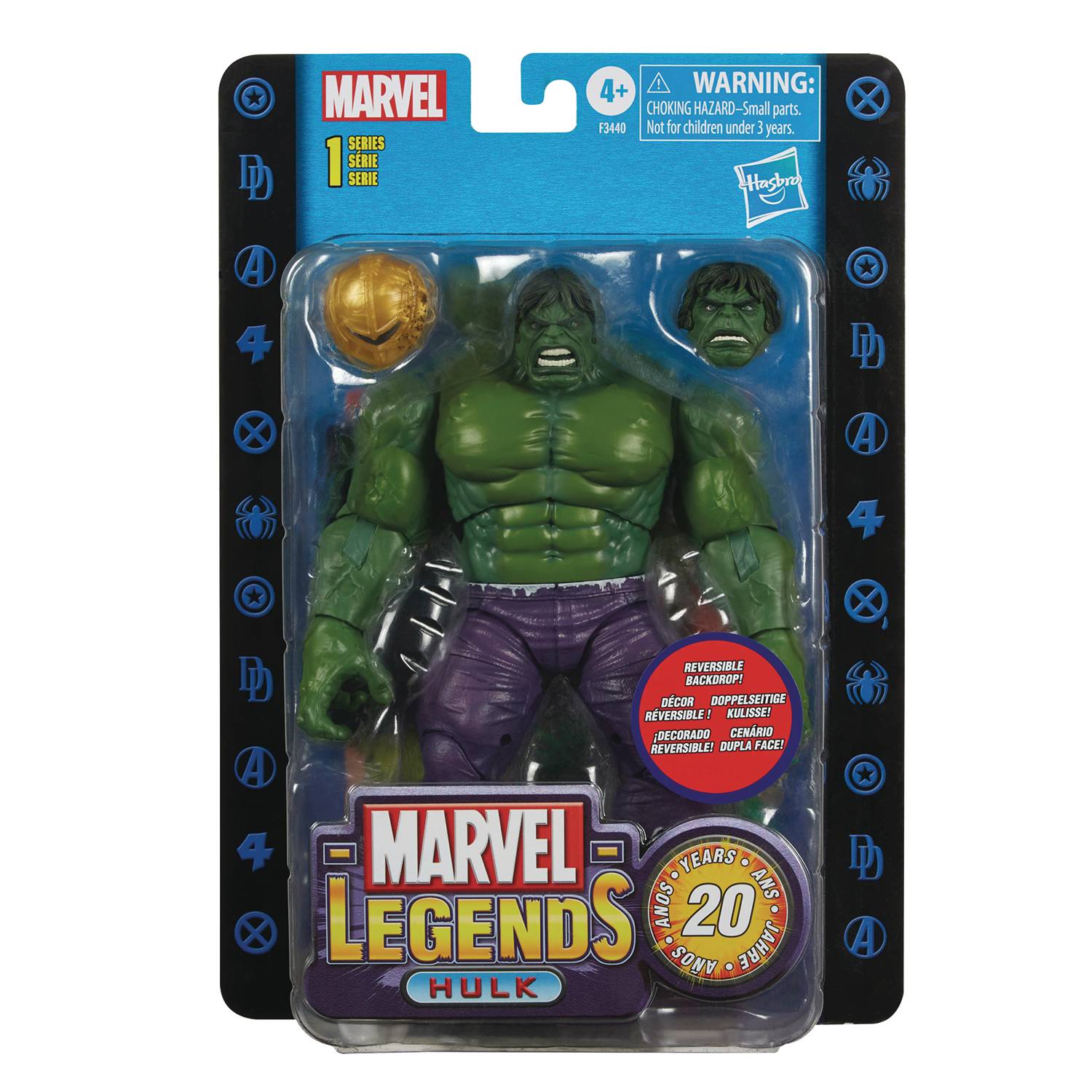 # # # # # # #
NOV218762
From Hasbro. For 20 years the Marvel Legends Series has brought the iconic characters and storylines of the Marvel Comic Universe and Marvel Cinematic Universe to fans worldwide. To celebrate the 2002 Toy Biz debut release, the Green Goliath smashes his way into Marvel Legends with this 6" Series 1 Hulk Figure, inspired by the original 2002 Marvel Legends Hulk figure and the character's appearances throughout Marvel Entertainment! Featuring premium detailing, updated articulation & deco, six premium accessories, an alternate head and hands, an FX base, a Marvel Legends display base, and a damaged Mandroid head, the Series 1 Hulk is ready to take a place of pride on any collector's shelf!