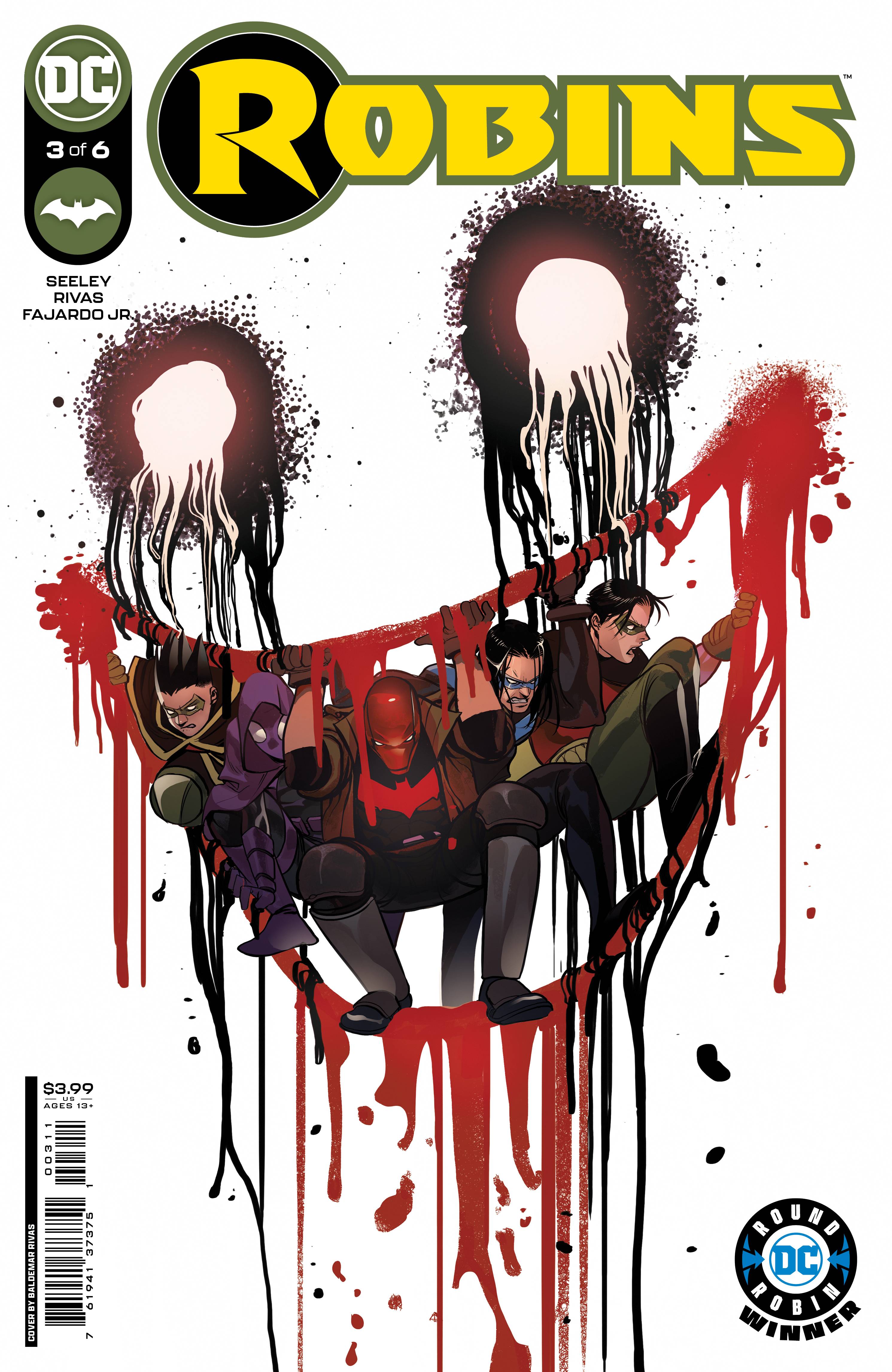 #
NOV213149
(W) Tim Seeley (A) Baldemar Rivas
The Robins run face-first into a group of copycat villains decked out in high-end tech giving them the powers and battle prowess of Batman's greatest enemies! As the former wonders face down these threats, they deduce that whoever's behind the assault on them has hacked into the Batcomputer. As hard choices are made, the five ex-partners of Batman realize that going their separate ways and leaving the Robin mantle behind might be their only option!
In Shops: Jan 19, 2022
SRP: $3.99
View All Items In This Series
ORDER SUBSCRIBE WISH LIST