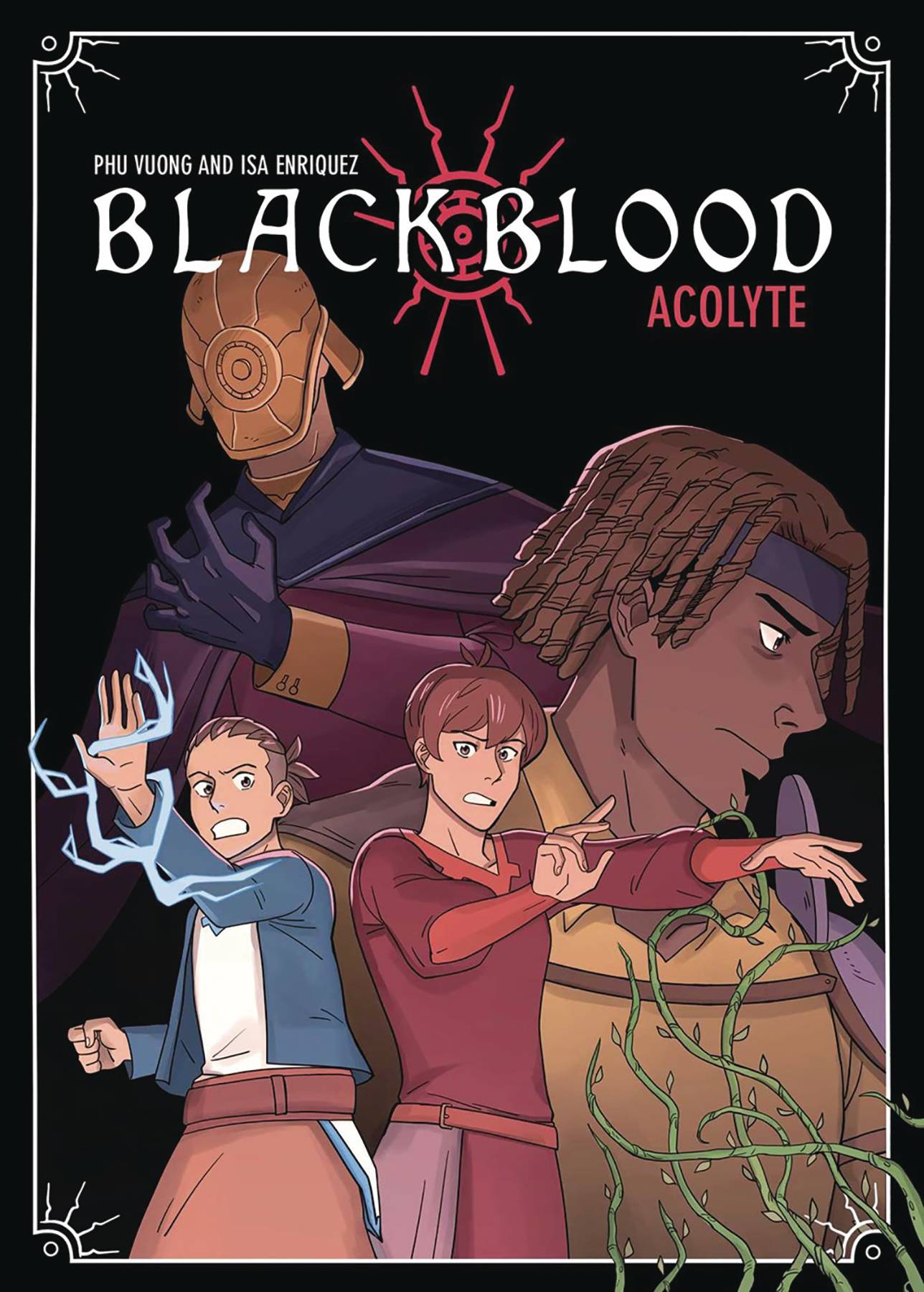 #
NOV211528
(W) Phu Vuong (A) Isa Enriquez
Centuries ago, magic mysteriously appeared in the kingdom of Allia. At first, the mages who could wield it became servants to the king, using their newfound powers for the betterment of society. However, an evil group of mages called Blackbloods went rogue, siphoning magic from their peers before they were stopped. But after that, the king imprisoned all mages, Blackblood or not. Years later, mage siblings Kanna and Kita are in hiding, careful to avoid being taken by the King's Guard. Despite the looming threat of imprisonment, Kita dreams of becoming a powerful mage, while Kanna is content living in the shadows. Kita gets the chance to prove himself when bandits invade their camp, only to realize that he lacks control over his magic when they kidnap Kanna. Now Kita, with the help of a mercenary, Toran, must rescue his sister from the dangerous gang, while Kanna tries to find her own way to escape. Will Kita be able to save his sister without getting found out as a mage?
In Shops: Jan 05, 2022
SRP: $14.99
ORDER WISH LIST