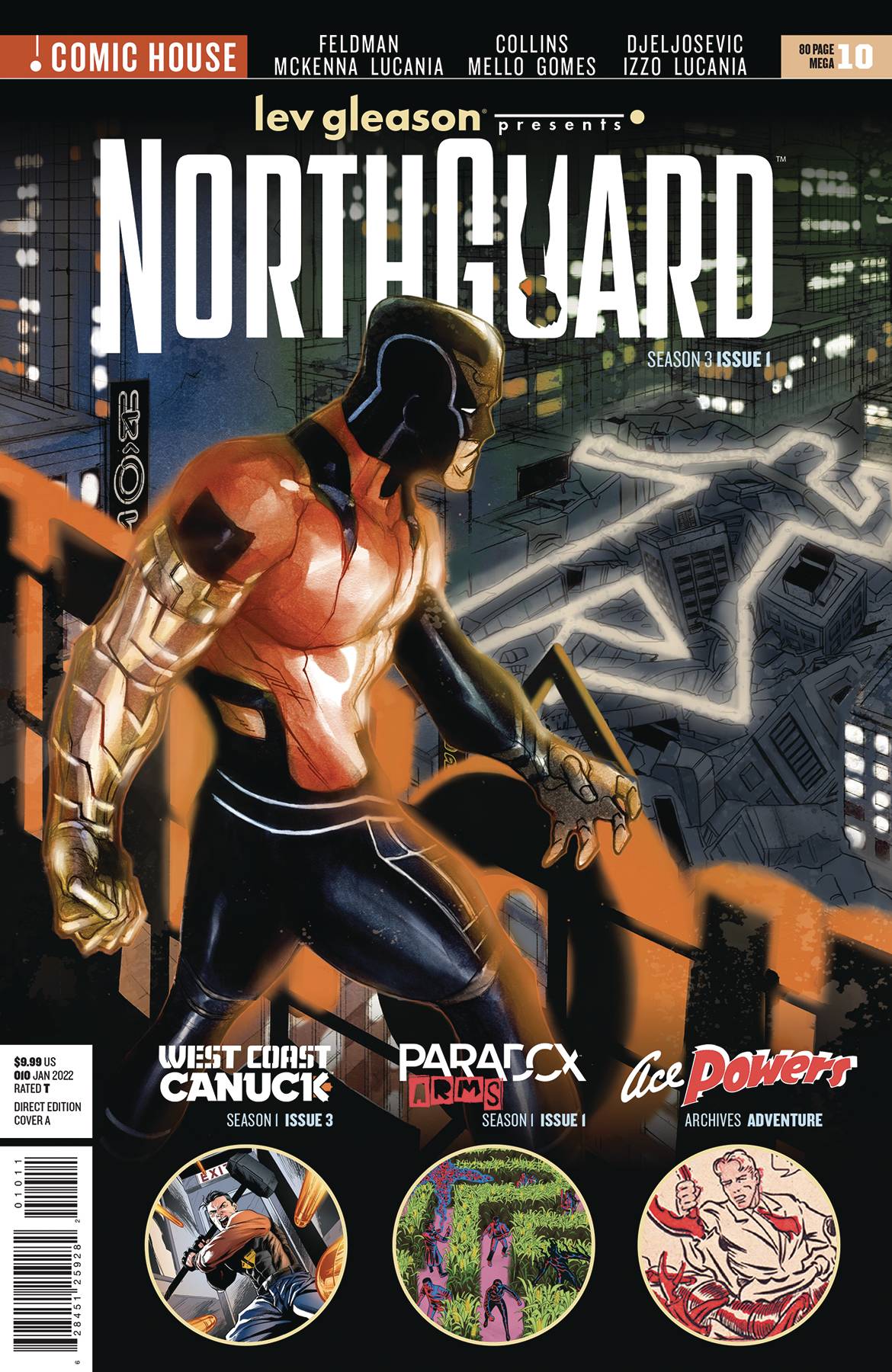 #
NOV211522
(W) Dan Collins, Aaron Feldman, Danny Djeljosevic (A) Eduardo Mello, Nicola Izzo (CA) Uko Smith
Northguard Season 3 Issue 1: With the invasion over and Montreal in ruins, Northguard is trying his best to pick up the pieces. When a new costumed hero debuts on the scene only to wind up dead, Northguard is dragged onto the case and into the fire! West Coast Canuck Season 1 Issue 3: With the Unholy on a rampage, it looks like the end of the line for Steeltown Hammer. Paradox Arms Season 1 Issue 1: The mysterious Ruth West, aka Black Diamond, recruits Ace Powers to join her band of misfits, including her ex Zongar and his otherworldly living computer Abaraxx, Mssr. Midnite and his roommate Dynamo, 13, and Blackout. Can they save the world before anyone realizes it was in danger at all? That is a strong maybe!