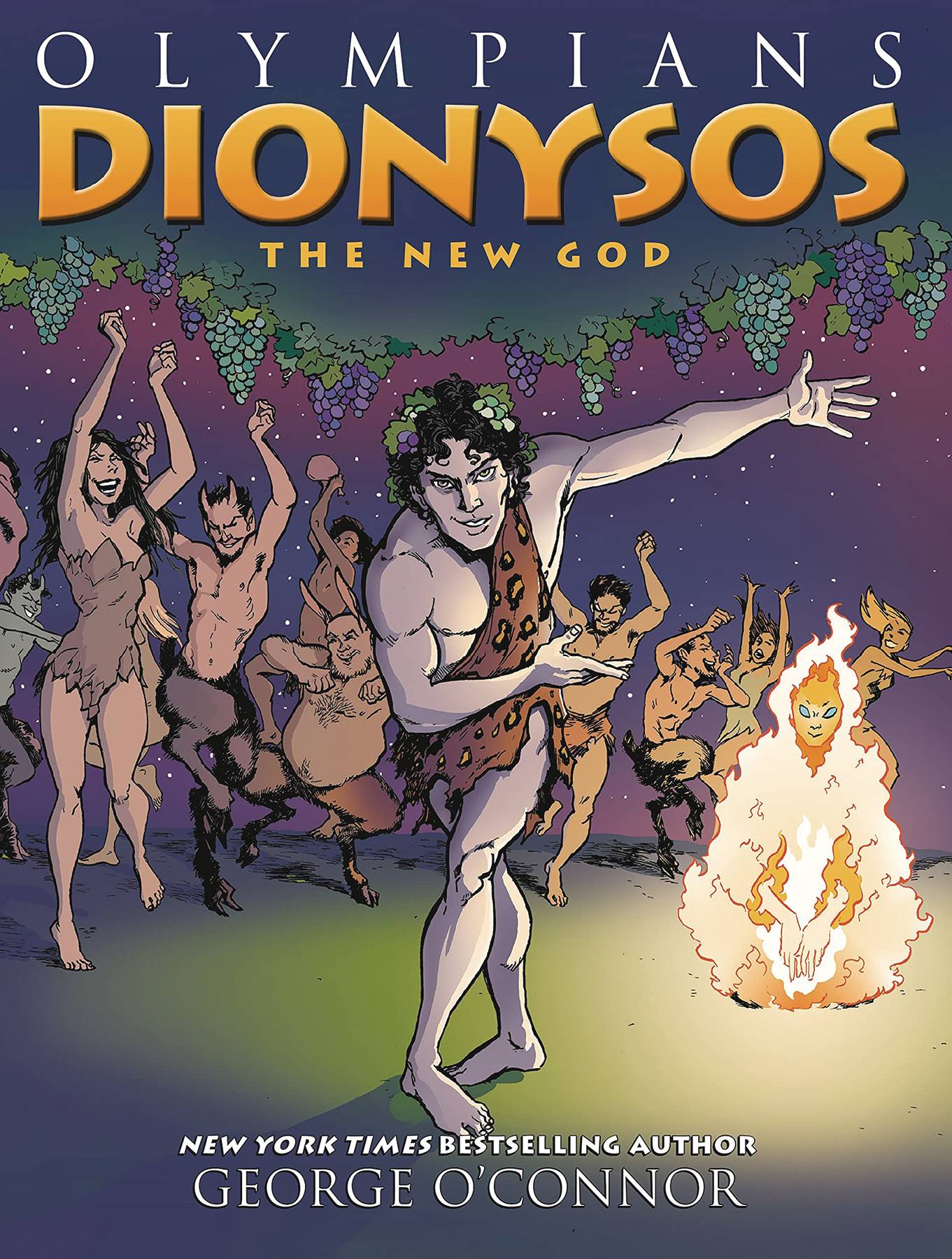 #
NOV211441
(W) George O'Connor (A/CA) George O'Connor
In the final volume of the New York Times-bestselling Olympians series, graphic novelist George O'Connor focuses on Dionysos, the god of wine and madness.
The Olympians saga draws to a close with the tale of Dionysos, the last Olympian, and maybe, just maybe, the first of a new type of God. His story is told by the first Olympian herself, Hestia, Goddess of the hearth and home. From her seat in the center of Mt Olympus, Hestia relates the rise of Dionysos, from his birth to a mortal mother, to his discovery of wine, his battles with madness and his conquering of death itself, culminating, finally, in his ascent to Olympus and Godhood.
In Shops: Mar 02, 2022
SRP: $12.99
View All Items In This Series
ORDER SUBSCRIBE WISH LIST