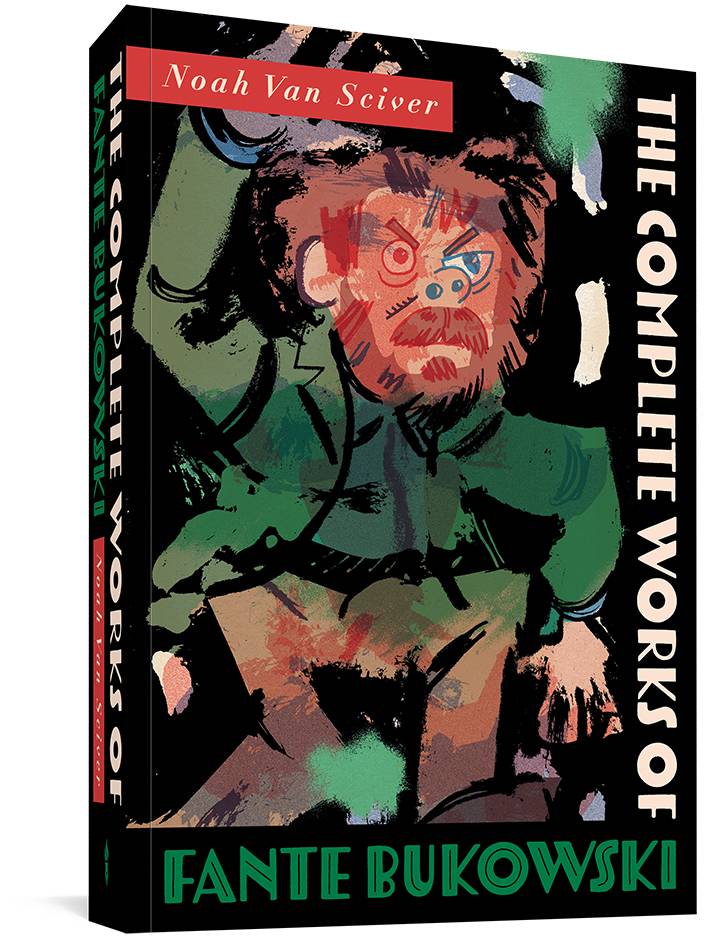 #
NOV211429
Living in a beat-up motel, consorting with the downtrodden and mid-level literati, Fante Bukowski must overcome great obstacles: a love interest turned rival, ghostwriting a teen celebrity's memoirs, no actual talent ? to gain the respect and adoration from critics and, more importantly, his father. Van Sciver has created a scathing, hilarious, and empathetic character study of a self-styled author determined to prove that he's just one more poem (or drink) away from success.
Originally published in hardcover in 2020 at the beginning of the pandemic, The Complete Works of Fante Bukowski quickly sold out and is nominated for a 2021 Eisner Award for Best Graphic Album. This expanded paperback edition includes eight new pages, including a 2020 Slate interview with Fante himself and a cover gallery of Fante's previous books. Also: a foreword by novelist Ryan Boudinot (Blueprints of the Afterlife); a facsimile reproduction of Bukowski's literary debut, 6 Poems (thought lost to time in the wake of a motel fire that destroyed the entire original print run); a "Works Cited" section; and a selection of "visual tributes" by over two dozen cartoonists - including Nina Bunjevac, Simon Hanselmann, Jesse Jacobs, Ed Piskor, Leslie Stein, and others.
In Shops: Jan 19, 2022
SRP: $34.99
ORDER WISH LIST