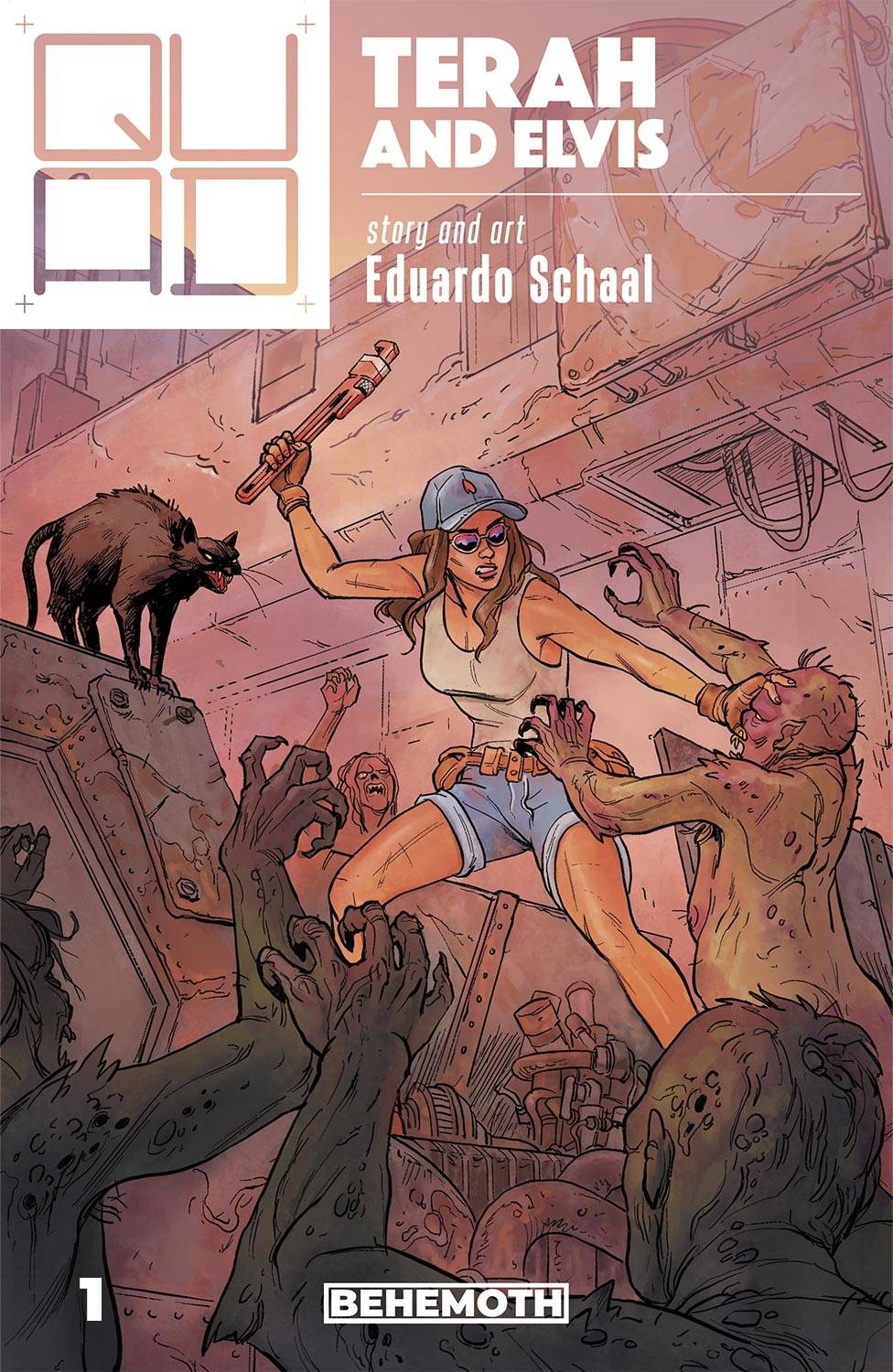 #
NOV211206
(W) Eduardo Schaal (A) Eduardo Schaal (CA) Aluisio Santos
In the last decades of the 21st century, a Massive Solar Storm hit planet Earth, destroying all technology in its way. Global communications were lost, nuclear reactors collapsed, the climate suffered the worst drastic changes and financial systems were gone. The survivors had to adapt to the harsh new reality. New societies were built over the ruins of those that crumbled. Four generations have passed.

The mechanic Terah and her black cat Elvis accept a quick and simple repairing job in the middle of nowhere. There's something odd about this job. It's never really simple.
In Shops: Feb 16, 2022
SRP: $3.99
View All Items In This Series