PELLUCIDAR ACROSS SAVAGE SEAS #4 (OF 4) CVR A MAIN 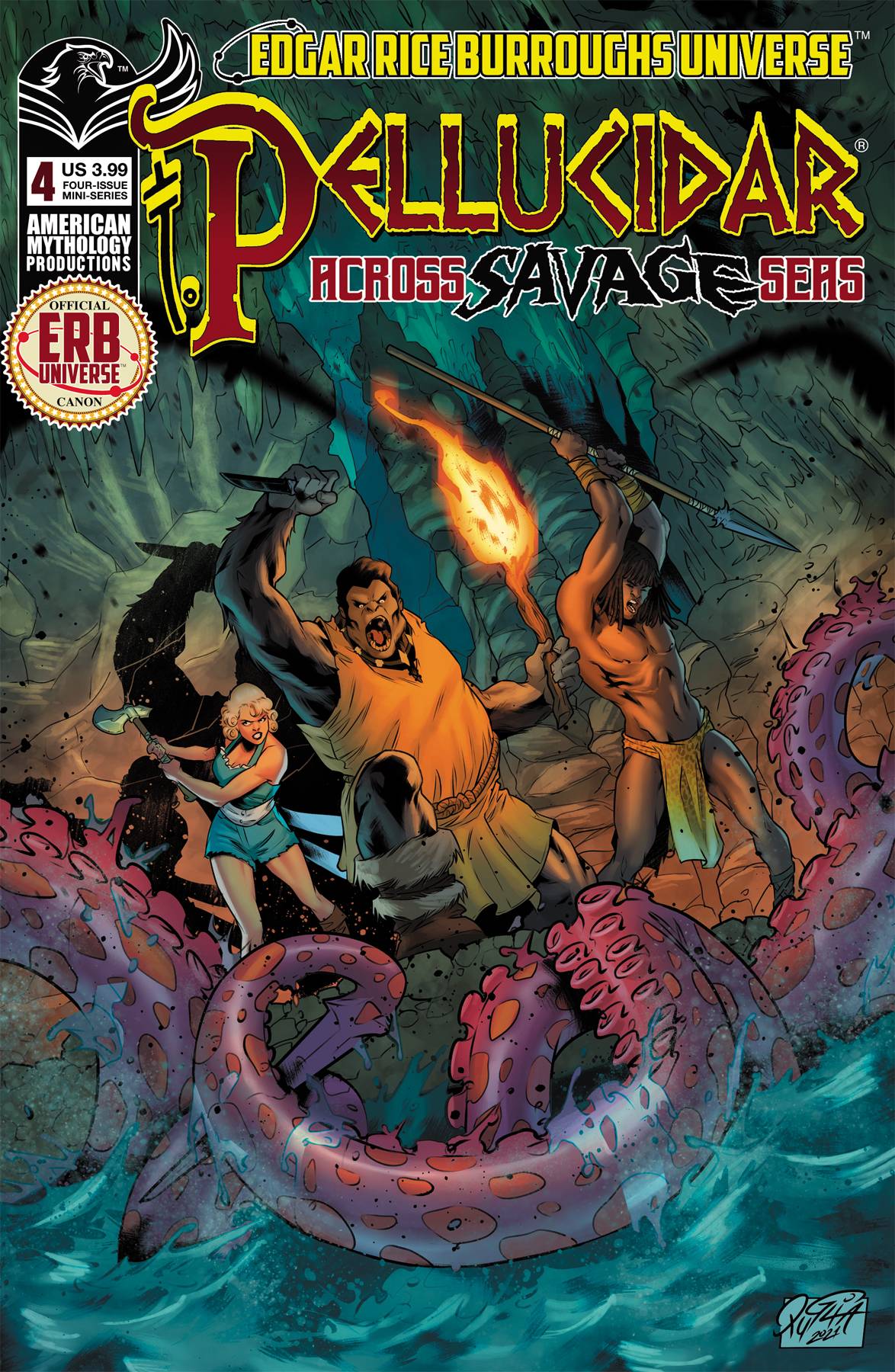 #
NOV211125
(W) Mike Wolfer, Christopher P. Carey (A/CA) Mariana Pulgia
Deadly danger and prehistoric thrills await as the castaway Gretchen von Harben fights for her life on a savage, secluded island at the Earth's core! Teamed with the hulking, gorilla-like Sagoth, and exiled from the underground city of the bizarre Krataklaks who have enslaved the humans on the island, Gretchen  devises a scheme to overthrow the crab creatures. With the devious slave Toran the Tall assisting her, Gretchen is confident that the Krataklaks' rule will come to an end... But there's something about Toran that Gretchen doesn't know, and an insidious presence on the island that could doom them all. Can the young warrior Nadok warn Gretchen of Toran's true intentions before disaster erupts on the tropical isle that lies across savage seas?  This series comes with two covers - Main & 350 copy limited edition Character Designs Variant by series artist Mariana Puglia.
In Shops: Jan 26, 2022
SRP: $3.99
View All Items In This Series
ORDER SUBSCRIBE WISH LIST