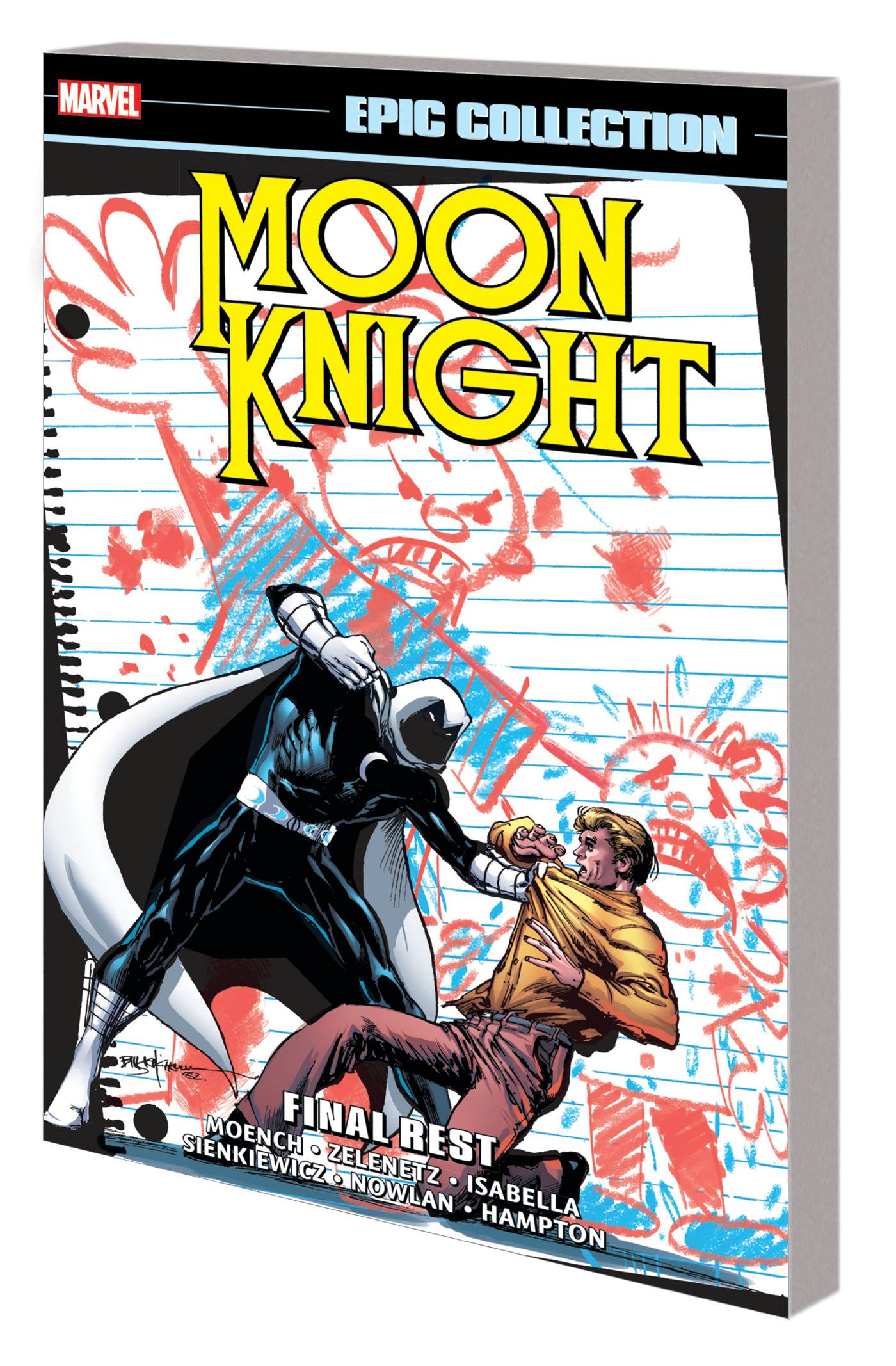 #
NOV211017
(W) More, Doug Moench (A) More (A/CA) Bill Sienkiewicz
The end of an era for Moon Knight! The landmark, critically acclaimed run of Doug Moench and Bill Sienkiewicz comes to a close as the moon sets on Marc Spector. But first he must survive threats old and new, including the deadly return of Stained Glass Scarlet! The murderous Black Spectre has a killer plan to pin his crimes on Moon Knight, and a rematch looms against the savage Werewolf by Night - but will the Fly prove to be far more than an
annoyance for Moon Knight? Then, when Marlene finds herself at the mercy of magic, Marc Spector seeks out a professional: Doctor Strange! And secrets from the past are uncovered as Zohar, the master of divine illumination, strikes. The dead shall rise - but will Moon Knight meet his final rest? Collecting MOON KNIGHT (1980) #24-38.