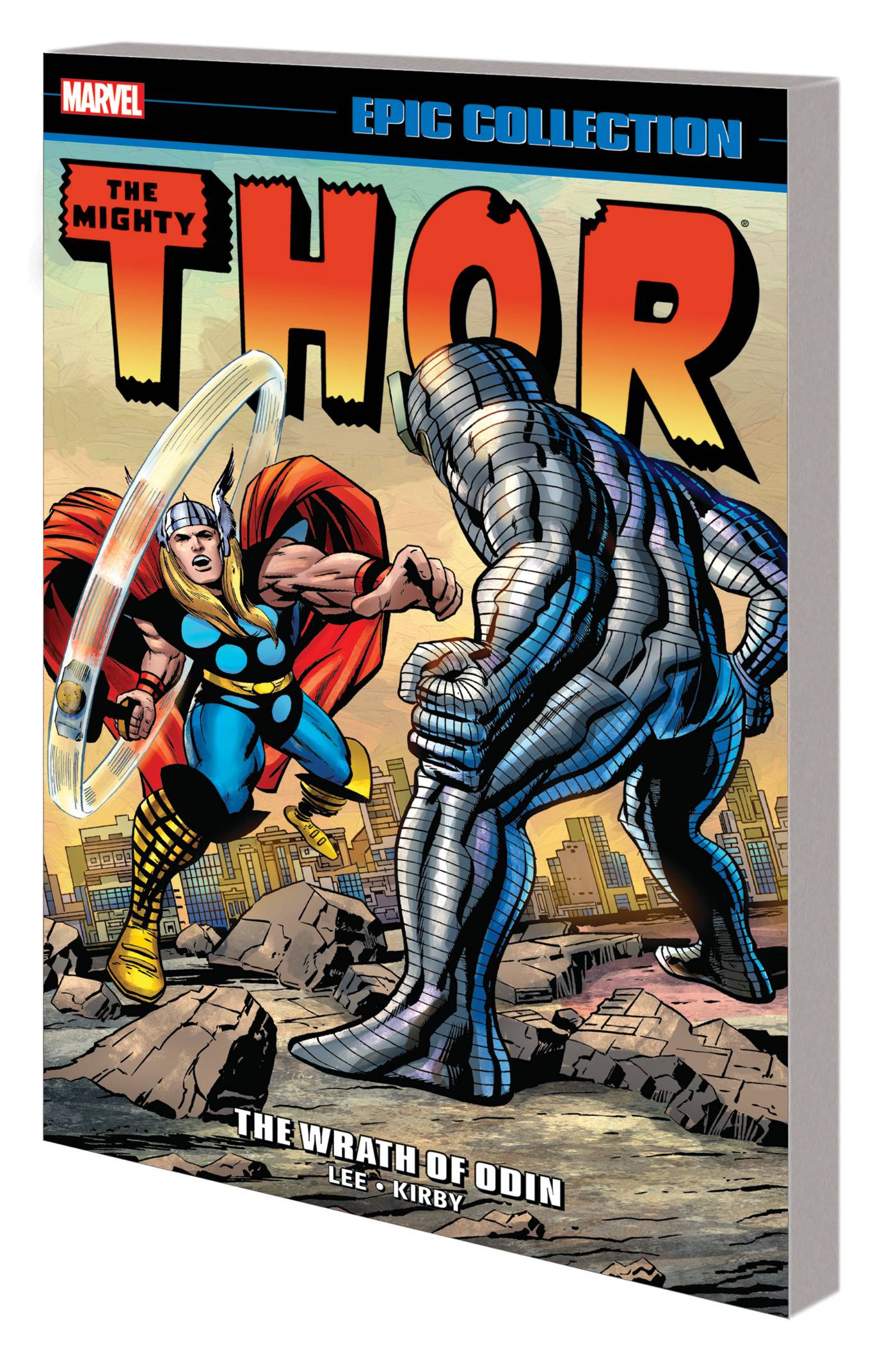 #
NOV211015
(W) Stan Lee (A/CA) Jack Kirby
A masterpiece of immortal action and boundless drama, Stan Lee and Jack Kirby's THOR is a cornerstone of the Marvel Universe. And in this Epic Collection, Thor's saga explodes onto the cosmic stage with the debut of Ego, the Living Planet! The action continues nonstop with the High Evolutionary, Ulik the Troll and the unstoppable Destroyer! Then, Loki conspires to have Odin strip Thor of his power and banish him to Earth. Stranded, Thor must struggle to survive the machinations of his scheming adopted brother, all while attempting to return to All-Father Odin's good graces! Plus: The return of Lady Sif - and battles against the Growing Man, Replicus, the Super-Skrull and your favorite enchanted-crowbar-wielding galoot, the Wrecker! Collecting THOR (1966) #131-153 and ANNUAL #2.