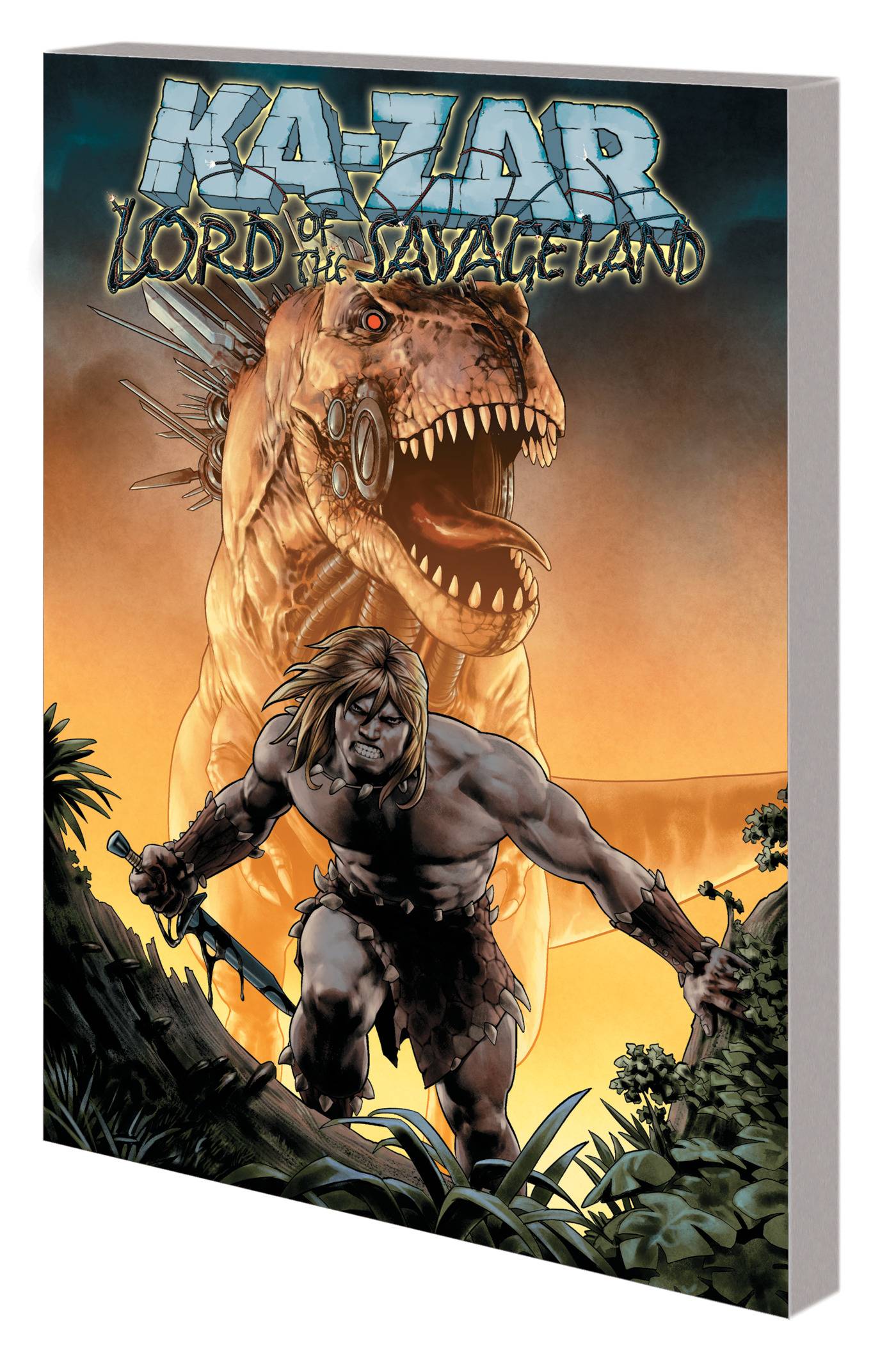 #
NOV211008
(W) Zac Thompson (A) German Garcia, Alvaro Lopez (CA) Jesus Saiz
Ka-Zar is back from the dead - with new, terrifying powers! The alien Cotati murdered him. The Savage Land brought him back. Now united with Shanna the She-Devil in a mystical merging of life energies, Ka-Zar has a new and vastly different perspective, new abilities, new needs...and new enemies. An ancient evil has surfaced in the prehistoric refuge known as the Savage Land - one that is rapidly reshaping the forgotten world and its inhabitants. Now Ka-Zar and Shanna must fight together to protect their home and family! But their son, Matthew, has plans of his own - and the new master of the Savage Land is about to be revealed! Prepare for an action-packed jungle adventure that will leave you breathless! Collecting KA-ZAR: LORD OF THE SAVAGE LAND #1-5.