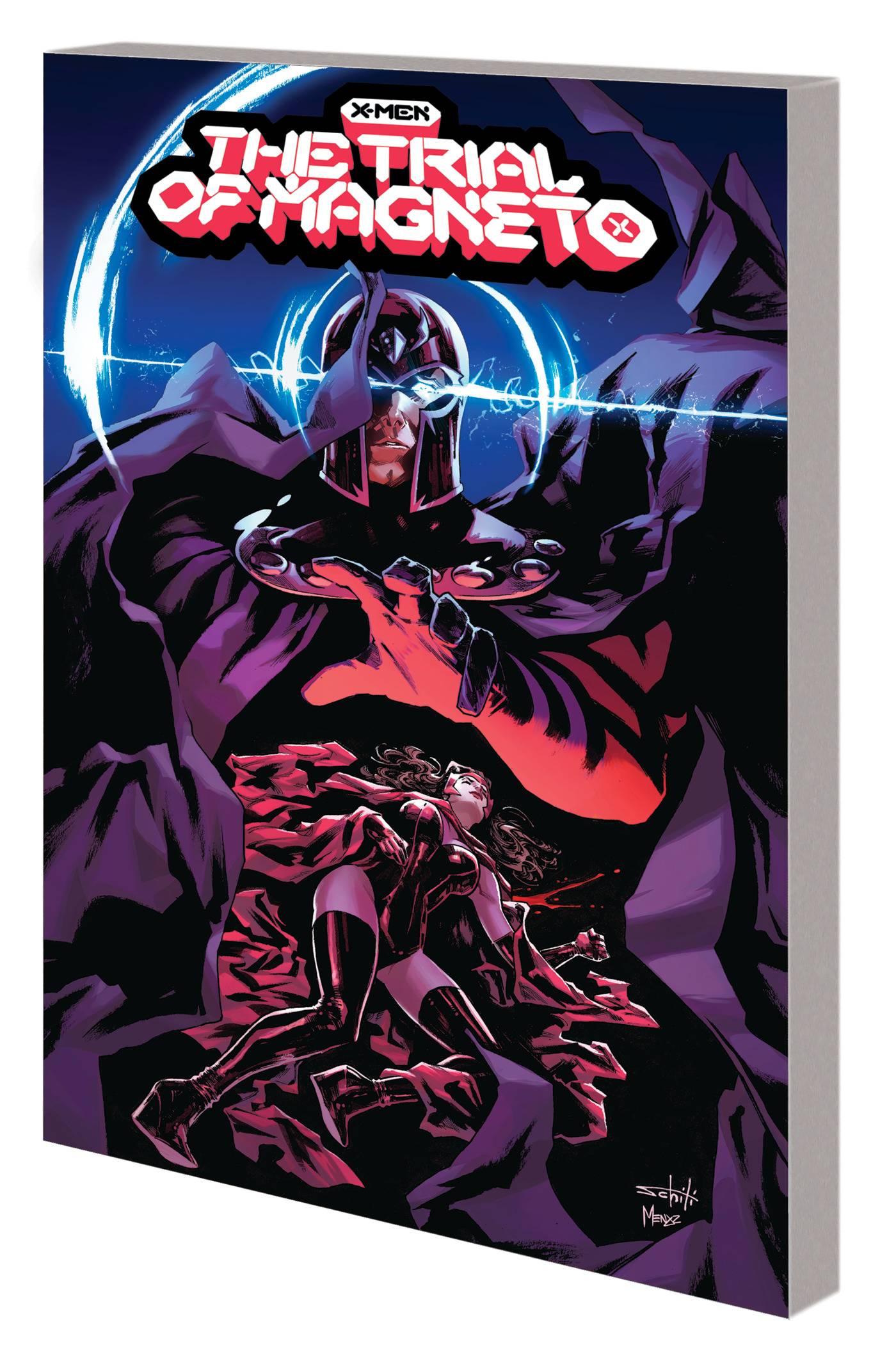 #
NOV210996
(W) Leah Williams (A) Lucas Werneck, David Messina (CA) Valerio Schiti
The Scarlet Witch is dead! Magneto, the master of magnetism - one of the founders of the mutant nation of Krakoa, a former villain who has never stopped fighting for mutantkind - has been accused of a horrific murder! And the trial will threaten the Reign of X and upend the world that Magneto has worked so hard to build for his fellow mutants. Wanda Maximoff, branded one of mutantkind's deadliest enemies, has been killed on Krakoan soil! And as Earth's heroes gather for a memorial, Magneto pushes Krakoan law and the Quiet Council to the brink. But something is wrong. Something very small. The truth is deeply hidden, but it won't stay buried for long. Who lurks in the shadows, and what do they know? Justice will be served, the guilty will be judged and the victims will be avenged! Collecting X-MEN: THE TRIAL OF MAGNETO #1-5.