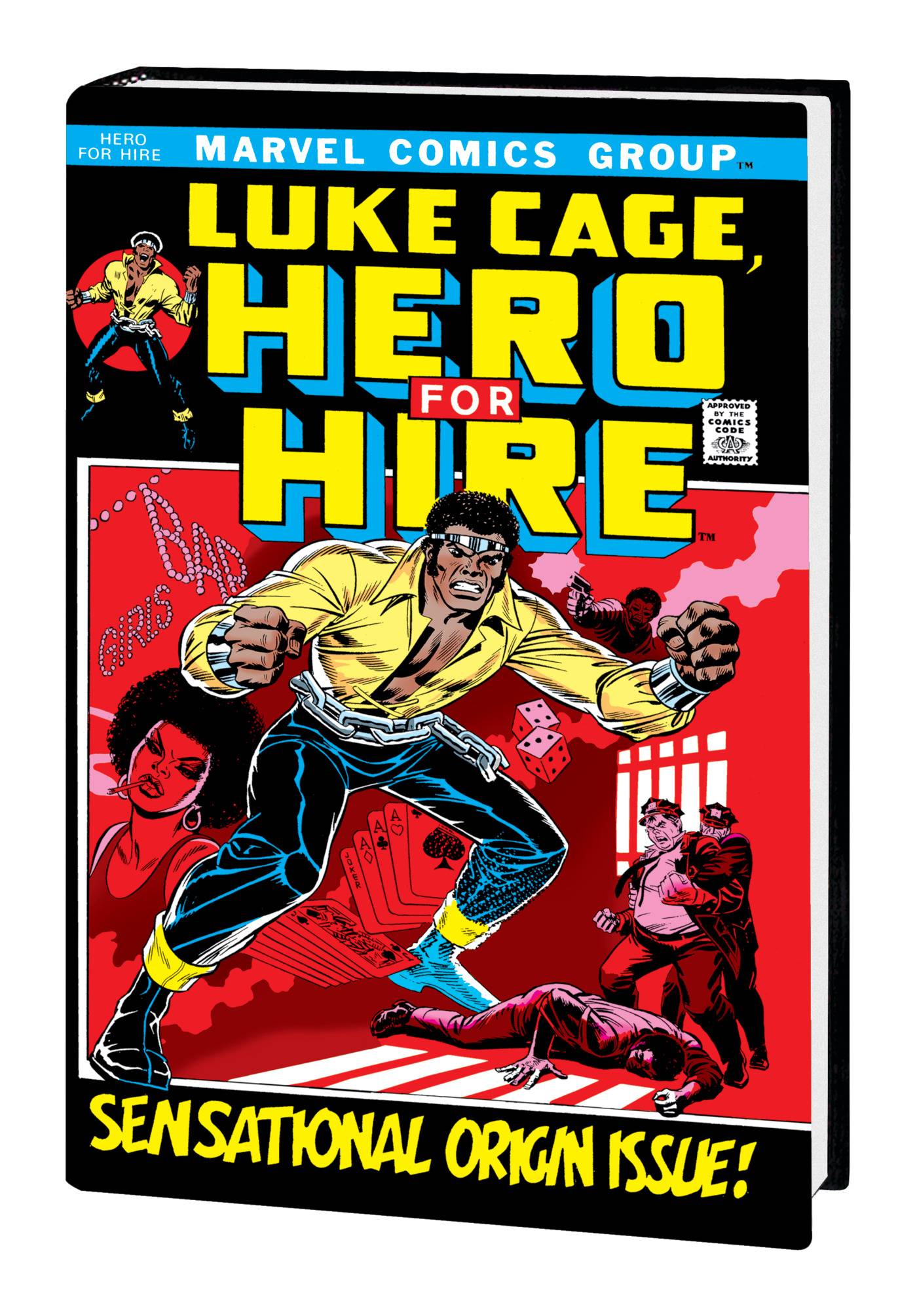 #
NOV210976
(W) Steve Englehart, More (A) George Tuska, More (CA) John Romita
Luke Cage burst onto the comics scene as a new kind of hero for a new era, a hero for hire. His exploits were set against 1970s New York's grit and the plight of the city's people, all while incorporating larger-than-life villains and even the occasional Avenger. As the first African-American super hero to headline in his own series, Luke Cage's adventures were as historic as they were exciting. Now, his complete solo series is collected in one massive Omnibus edition. Experience the first appearance of Cottonmouth, Cage's evolving relationship with Claire Temple and the debut of Bill Foster as Giant-Man. Uncover the secrets of Security City and witness Cage battle for the title "Power Man." Collecting HERO FOR HIRE #1-16, and POWER MAN #17-47 and ANNUAL #1.