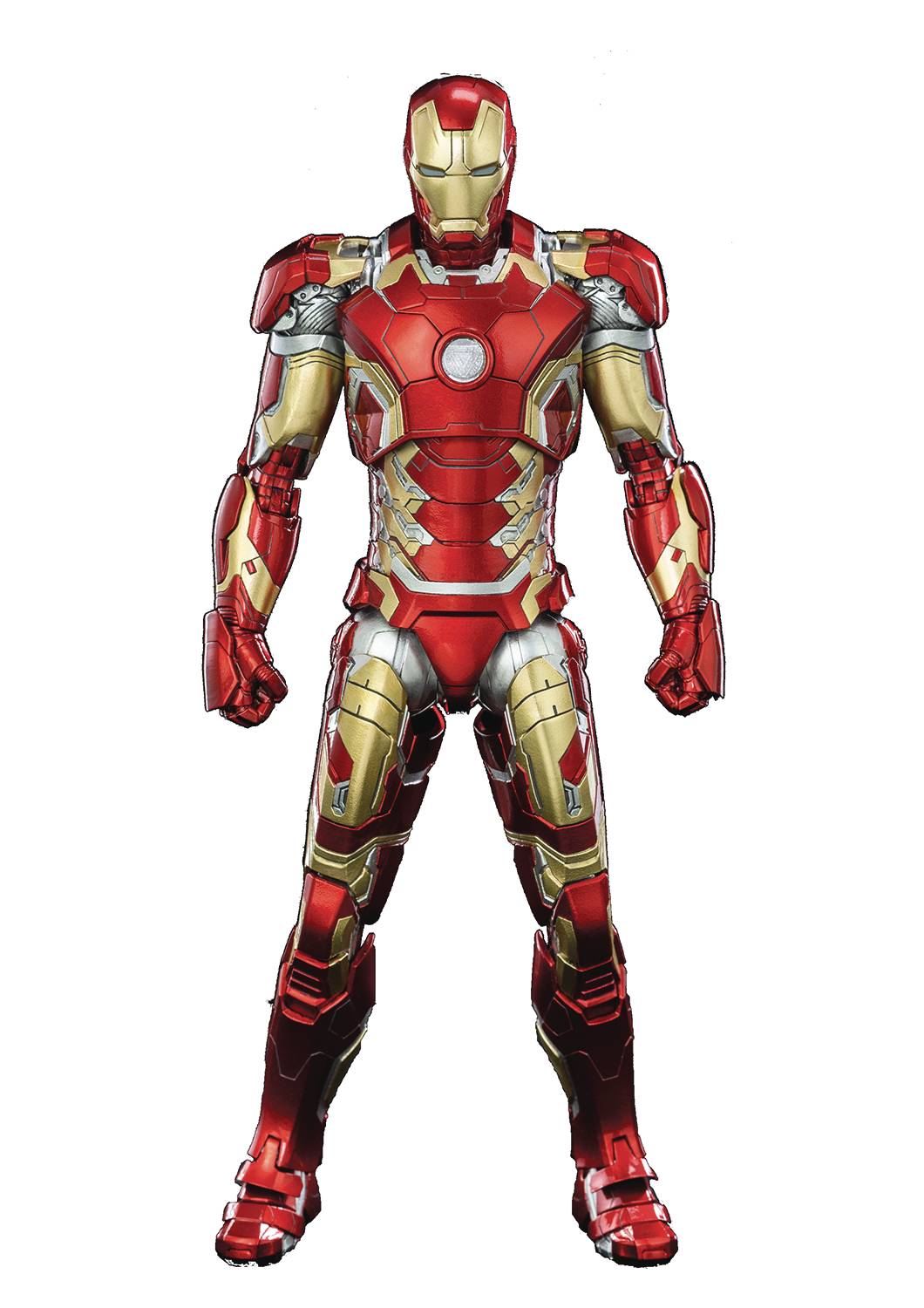 # # # # # #
NOV208541
From ThreeZero. Threezero proudly presents the DLX Iron Man Mark 43 as the first action figure in the Marvel Studios x threezero Avengers: Infinity Saga series. This fully-articulated 1/12-scale collectible figure stands at 6 1/2" tall and is constructed of threezero's renown DLX die-cast system with over 48 points of articulation! The forearms and upper-torso are detachable which allow the Mark 43 armor to fit inside the Mark 44 Hulkbuster armor to be released in 2021. Attachable arm rockets can be fixed onto both forearms, and two lighting functions are located on the figure; one in the chest and one in the eyes. The two air flaps on the back could be flipped open and close. The Iron Man Mark 43 figure includes two attachable arm rockets; five pairs of interchangeable hands: One pair of fists, one pair of relaxed hands, one pair of shooting hands, one pair of flying hands, and one pair of shooting hands (to assemble the shooting effect); two pairs of effect parts: one pair of shooting effects, and one pair of flying effects (for the feet); and one DLX action stand. Requires AG1 x4 Batteries (Batteries Not Included).