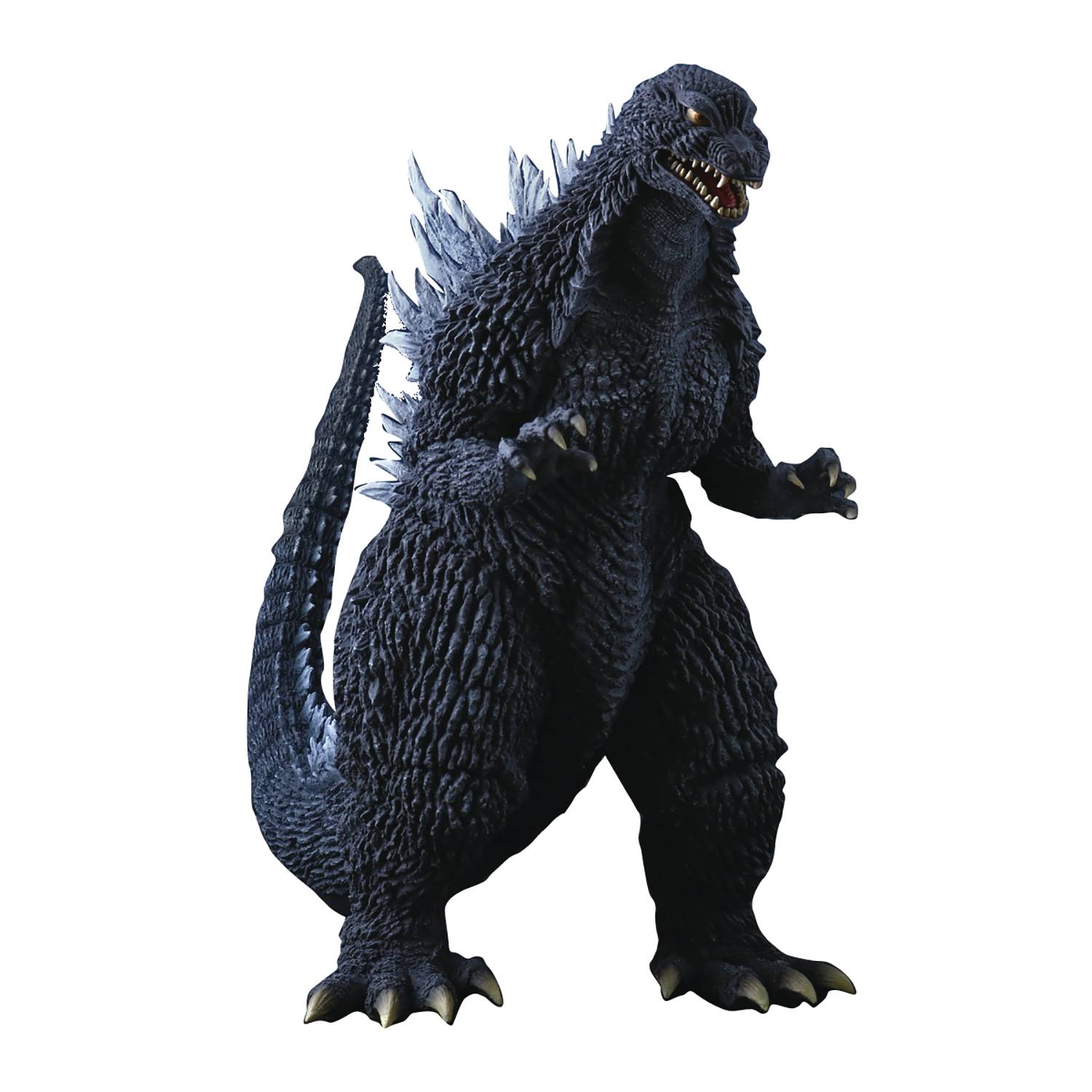 # # # # #
NOV208098
From X-Plus. Godzilla from Godzilla Against Mechagodzilla (2002) has joined the TOHO Large Kaiju series! Godzilla from the fourth film in the Millennium Godzilla series has joined the series lineup. It is modeled in a glaring pose, as though it is facing of with an enemy. Godzilla appears here as it did in the film, with larger, sharper spines and jagged skin.This Godzilla, who underwent a fierce battle with the JXSDF and MFS-3 Kiryu, will make a great addition to your collection.