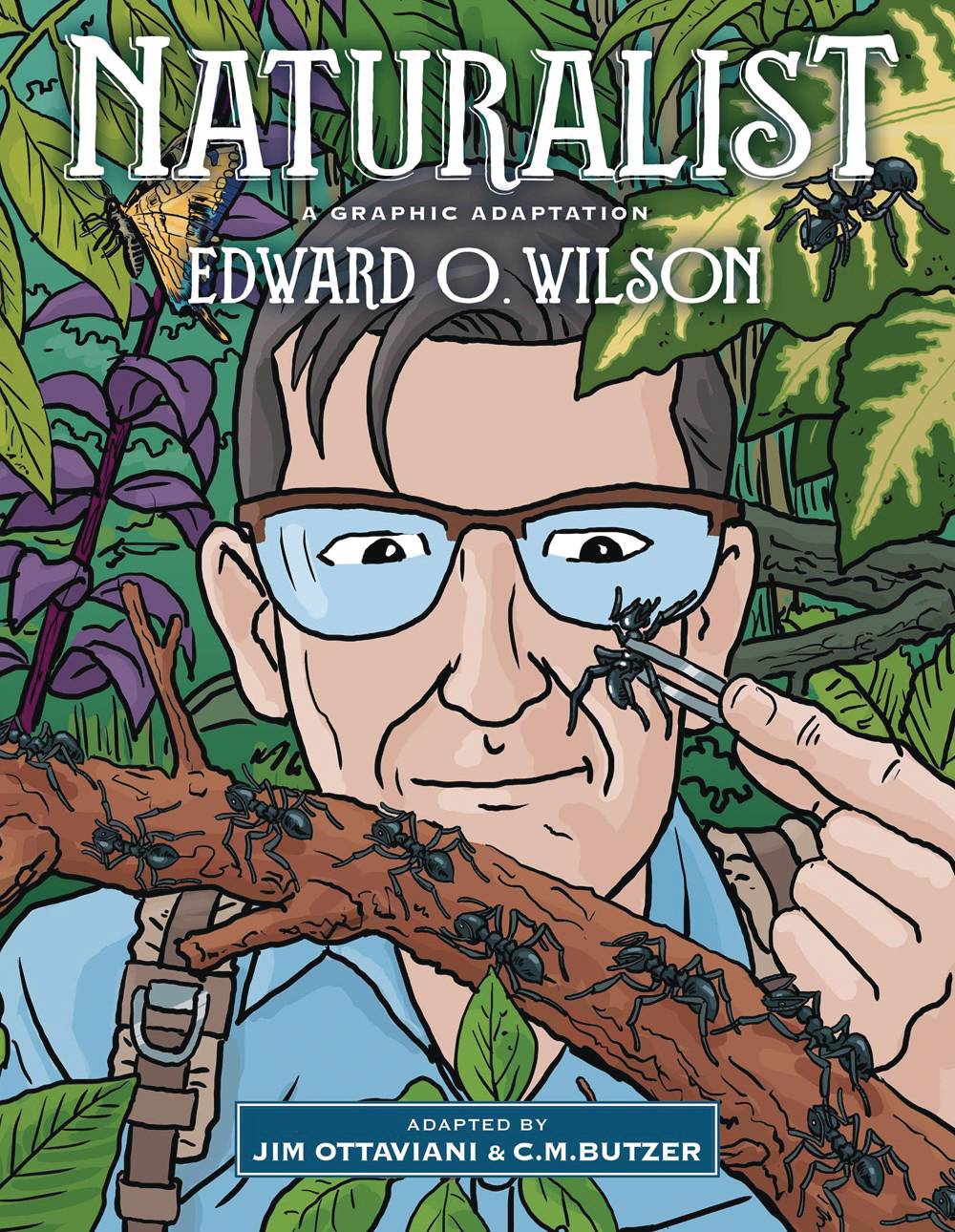 #
NOV201391
(W) Edward O Wilson, Jim Ottaviani (A) C. M. Butzer
Regarded as one of the world's preeminent biologists, Edward O. Wilson spent his boyhood exploring the forests and swamps of south Alabama and the Florida panhandle, collecting snakes, butterflies, and ants. His memoir Naturalist is an inspiring account of Wilson's growth as a scientist and the evolution of the fields he helped define. In this adaptation, vivid illustrations draw readers in to Wilson's lifelong quest to explore and protect the natural world. His success began with an insatiable curiosity about Earth's wild creatures, and this new edition of Naturalist makes Wilson's work accessible for anyone who shares his passion.
In Shops: Jan 06, 2021
SRP: $28.00