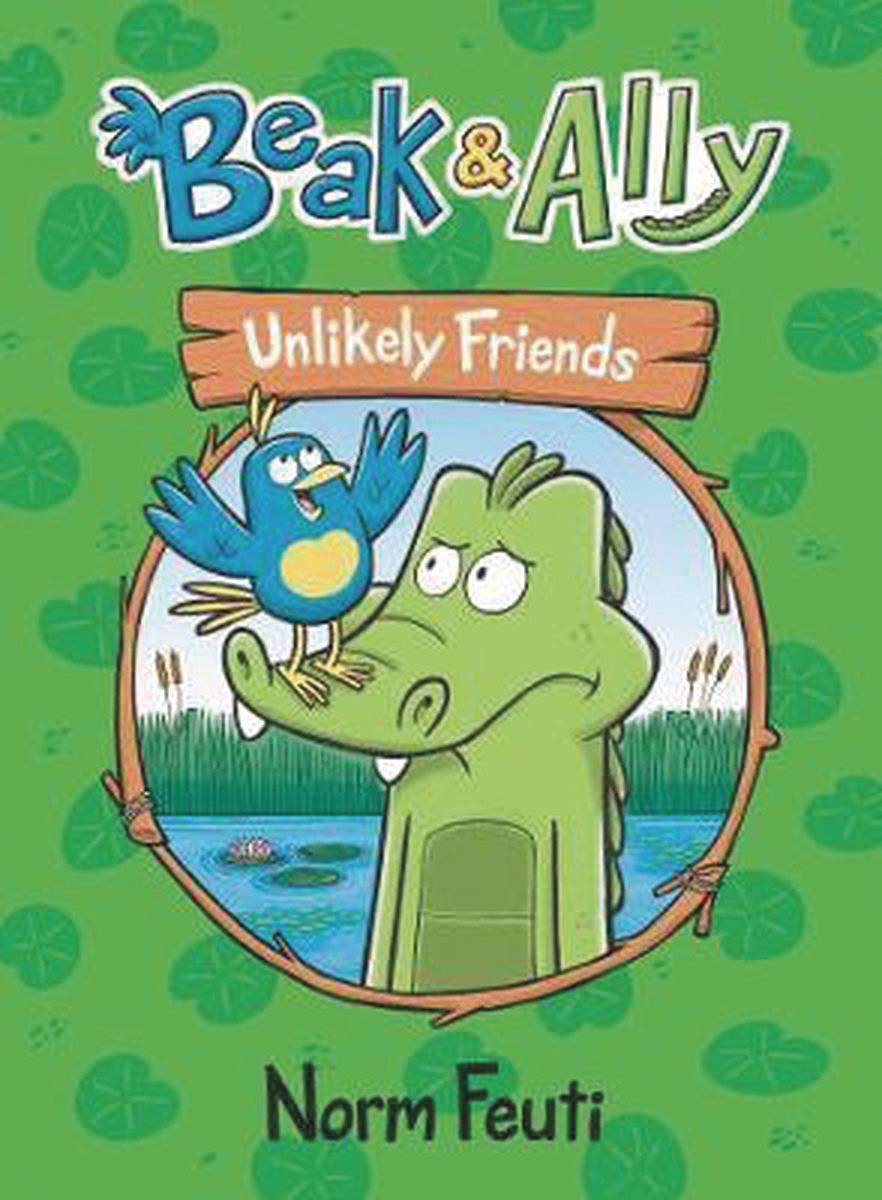 #
NOV201375
(W) Norm Feuti (A/CA) Norm Feuti
In the first book of a new early reader graphic novel series by Norm Feuti, an outgoing bird is determined to befriend a reluctant alligator. Ally the alligator is perfectly happy being alone, until one day a noisy bird named Beak lands on her snout. Much to Ally's annoyance, this chatty bird likes to sing all the time and has chosen a nearby tree to build his new nest. Even worse, he insists that he and Ally will be best friends. In fact, he has all kinds of friendship goals in mind, and it seems nothing Ally says will convince him that she'd rather just be alone. Nothing beats peace and quiet... except for maybe a new best friend?
In Shops: Jan 06, 2021
SRP: $12.99
View All Items In This Series