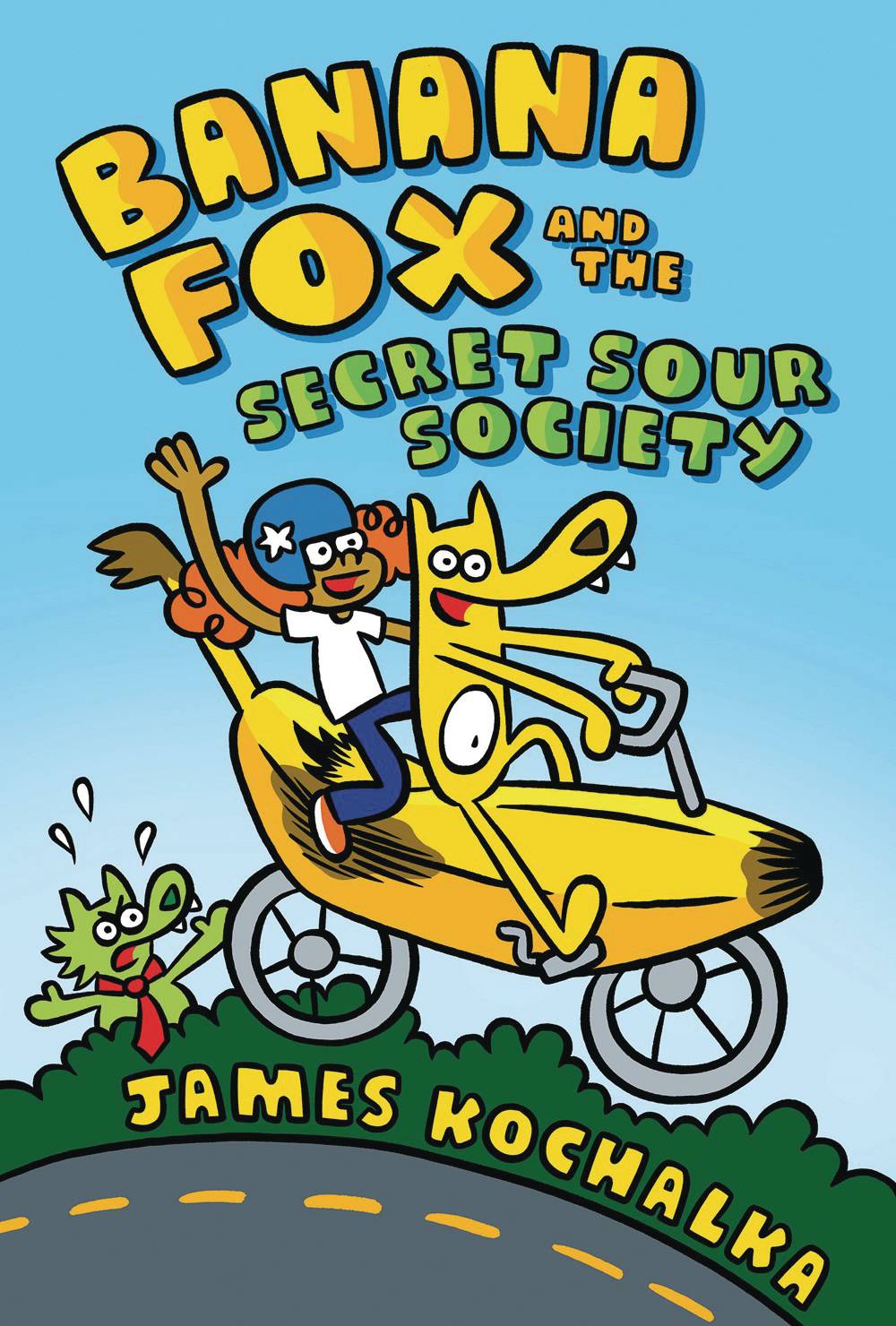 #
NOV201369
(W) James Kochalka (A/CA) James Kochalka
From Eisner Award-winning cartoonist James Kochalka comes an uproariously funny new series. Banana Fox is on the case! The great detective Banana Fox is called back to duty to find a missing turtle. But the deeper he digs, the more he discovers, and it's worse than he thought! The Secret Sour Society is back, and they're mixing up a bunch of trouble. Can Banana Fox and his sidekick, Flashlight, put an end to the Secret Sour Society once and for all? Available in softcover and hardcover editions.
In Shops: Jan 06, 2021
SRP: $7.99
View All Items In This Series