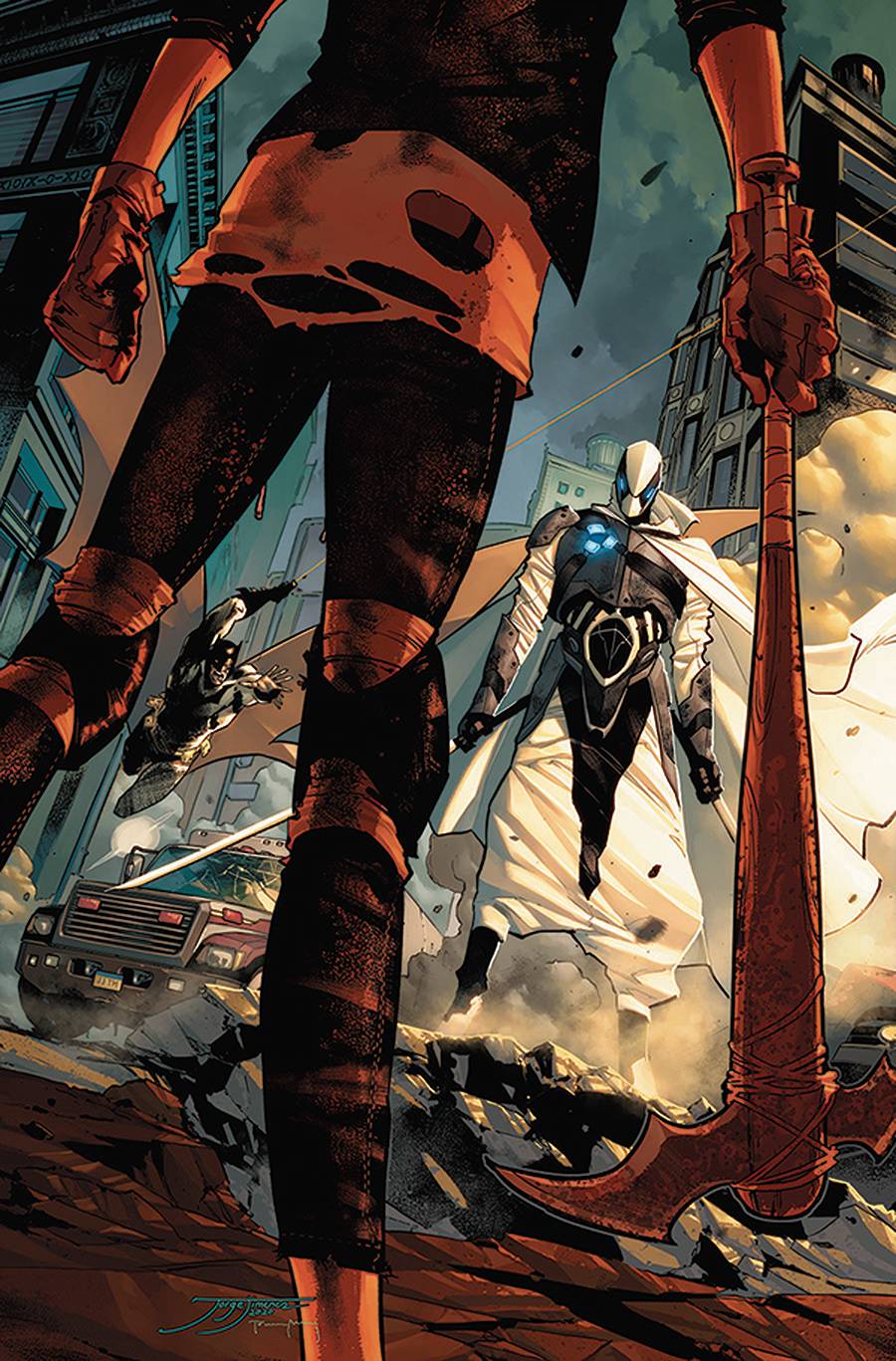 #
NOV201271
Batman and Ghost-Maker go toe-to-toe to decide which of them will remain Gotham City's hero. The city is changing faster than ever in the aftermath of "The Joker War," and with this change comes increasing dangers as Gotham's citizens demand that Punchline be released
from prison! Plus, Harley Quinn faces certain death at the hands of Clownhunter! FINAL COVER MAY VARY! ALLOCATIONS MAY OCCUR!
In Shops: Jan 27, 2021
SRP: $29.99