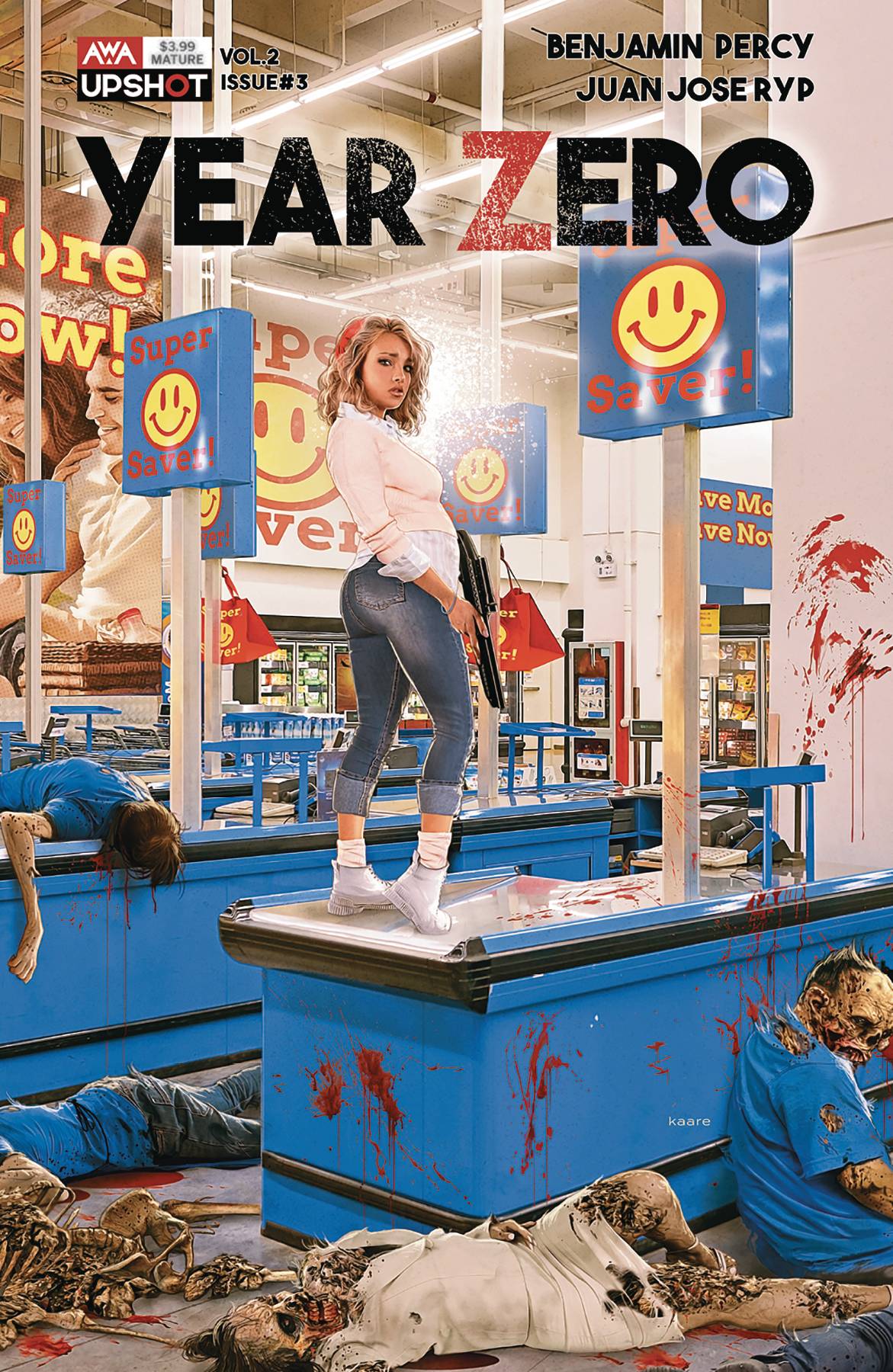 #
NOV201156
(W) Ben Percy (A) Juan Jose Ryp (CA) Kaare Andrews
Upshot's hit series Year Zero returns with four new harrowing tales of survival from around a post apocalyptic world, set several months after the events on Volume One: A grizzled Norwegian sea captain and her two young grandchildren navigate an ocean teeming with undead while eluding the relentless pirates on their trail. A Colombian cartel boss indulges all of his most sadistic whims unaware that a threat far greater than zombies is headed toward his jungle fortress. A Rwandan doctor must overcome the crippling fear that has plagued him all his life as he stumbles through the African bush. And a pregnant woman barricaded in an American big box store discovers that the greatest threat to her life - and her unborn child's - might not be undead. Benjamin Percy (Wolverine, X-Force) once again pens this global look at the zombie apocalypse, now joined by artist Juan Jose Ryp (Britannia) and colorist Frank Martin (Infinity Wars).
In Shops: Jan 27, 2021
SRP: $3.99
View All Items In This Series
ORDER SUBSCRIBE WISH LIST