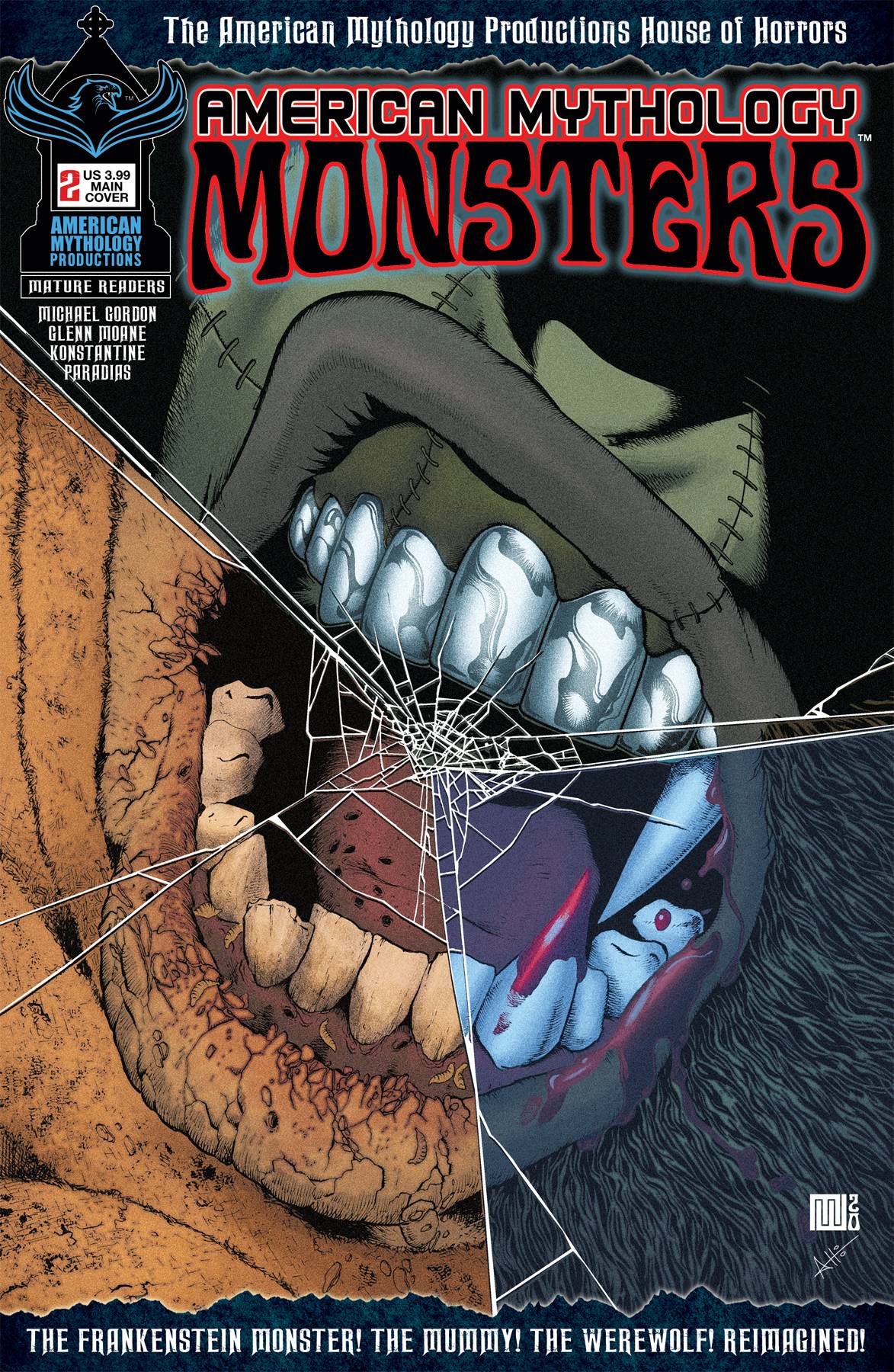 #
NOV201052
(W) Michael Gordon, Glenn Moane, Kostas Paradias (A) Dan Parson, Demi Mandir (A/CA) Mike Wolfer
It's all-new, mature readers, black and white horror, the way that you've demanded it, as we present three modern takes on classic creatures in the second smash issue of American Mythology Monsters! As their origin stories continue, so does the bloodshed! "Parts" presents the tale of a Frankenstein-like creation, who finds that they are in control of just what hideous and death-dealing appendages can be attached to their body, for maximum damage and maximum chills! In "Safiya," an ancient Egyptian mummy is much more than a gauze-wrapped corpse, as the curse of the undead takes on a very physical form! And a university professor begins to lose control-and feast on flesh as a werewolf-as the effects of "The Bite" turns his life upside-down! It's serialized horror in the classic tradition, in three tales that will haunt your dreams, but only for mature readers!  American Mythology Monsters is available in two covers - Standard and Racy by Mike Wolfer.