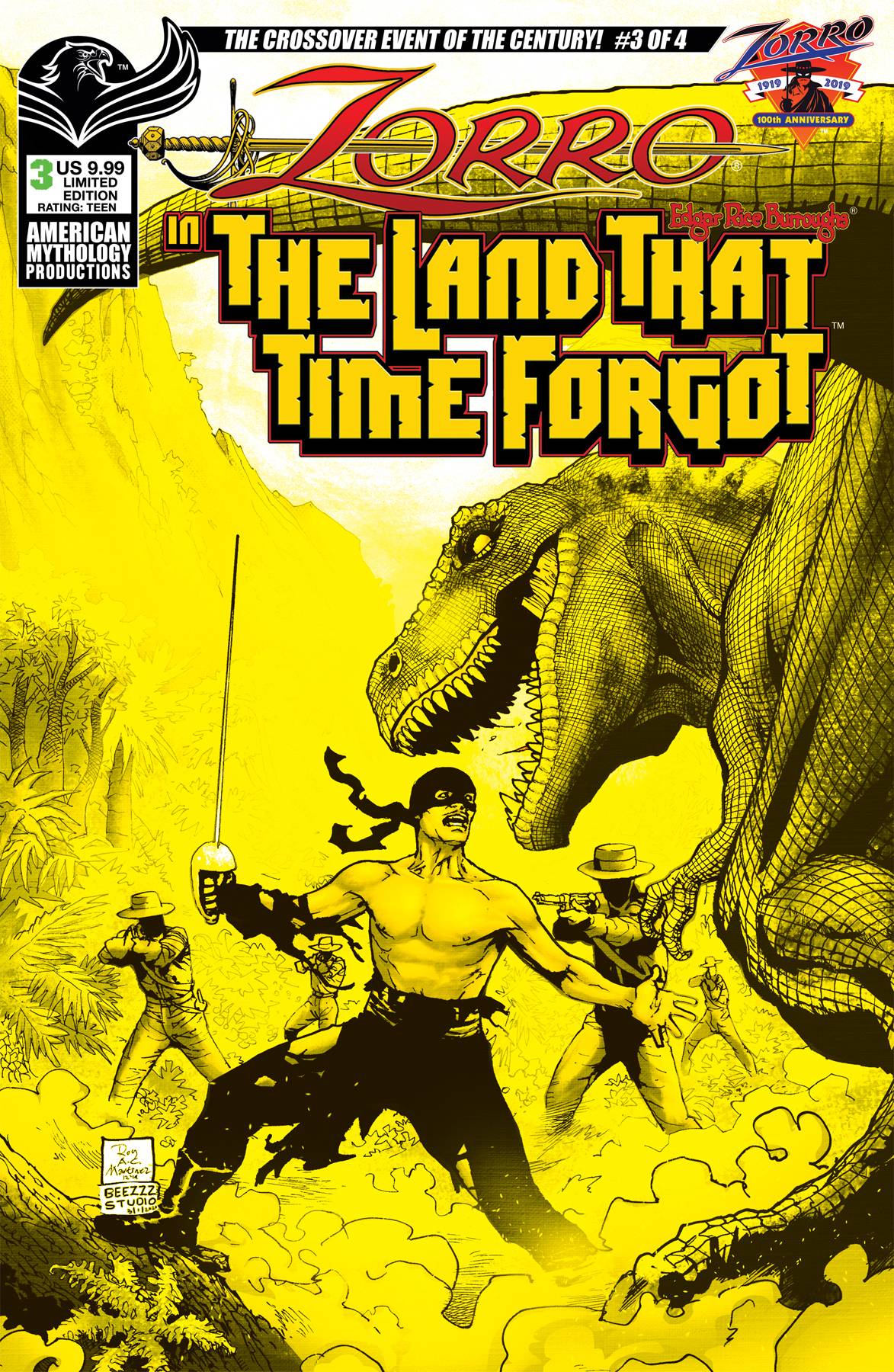 #
NOV201046
(W) Mike Wolfer (A/CA) Alessandro Ranaldi
Savage prehistoric thrills and swashbuckling action like you've never seen await as two of the greatest creations in literary history collide! Trapped within the lost island continent of Caprona, explorer Fausto Caproni, his sister Marina, and the masked bandit El Zorro desperately search for one another after being separated in a land dominated by creatures from the dawn of time. As they each battle for their lives against rampaging dinosaurs and spear-wielding primitive humans, the trio will also have to contend with the Spanish soldiers who stalk them, intent on murdering all three to claim Caprona for the Spanish Empire. This spectacular cross-over event seamlessly meshes Edgar Rice Burroughs' and Johnston McCulley's classic creations into a blockbuster tale filled with danger, dinosaurs, and drama in a once-in-a-lifetime, sci-fi/action event! Zorro in The Land That Time Forgot is available with two covers - Main and Pulp Inspired 350 copy limited edition by Vincenzo Carratu.
In Shops: Mar 10, 2021
SRP: $9.99
View All Items In This Series
ORDER SUBSCRIBE WISH LIST