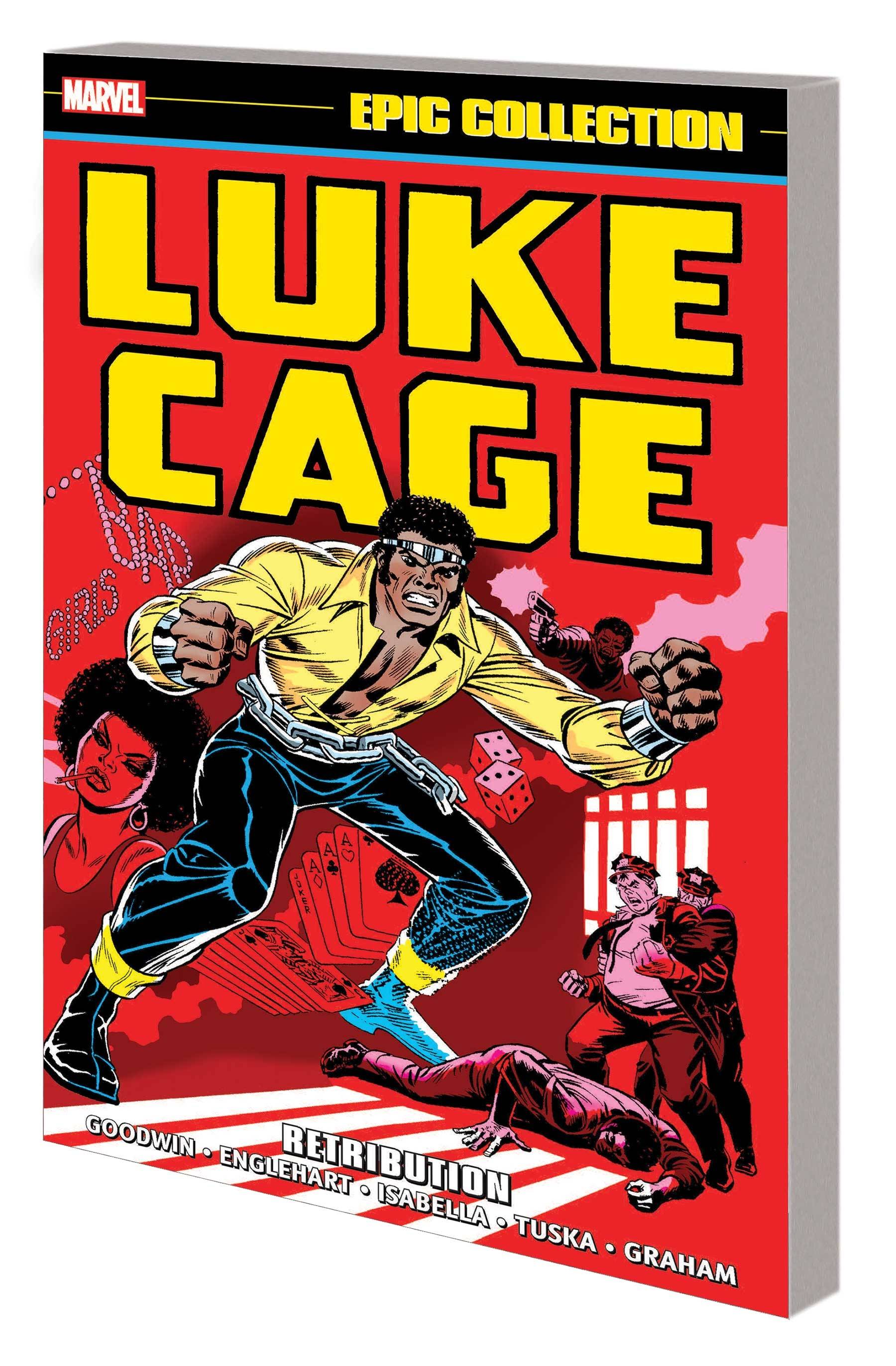 #
NOV200642
(W) Archie Goodwin, More (A) George Tuska, More (CA) John Romita
Luke Cage burst onto the comics scene in 1972 as the "Hero for Hire!" Equal parts Marvel Method and Blaxploitation boldness, Cage was a new kind of hero for a new era, the historic first African American character to headline his own series. Cage's adventures depicted New York City's 1970s grit and the plight of its people with a realism that was gripping in its time, all while incorporating larger-than-life villains, including Black Mariah and Doctor Doom! This Epic Collection presents page after page of classic Luke Cage adventures, including his amazing origin, his growing relationship with Claire Temple, the first appearance of Cottonmouth, a battle against Iron Man and a fight to the finish with a classic Marvel foe for the name Power Man! Collecting HERO FOR HIRE #1-16 and POWER MAN #17-23.