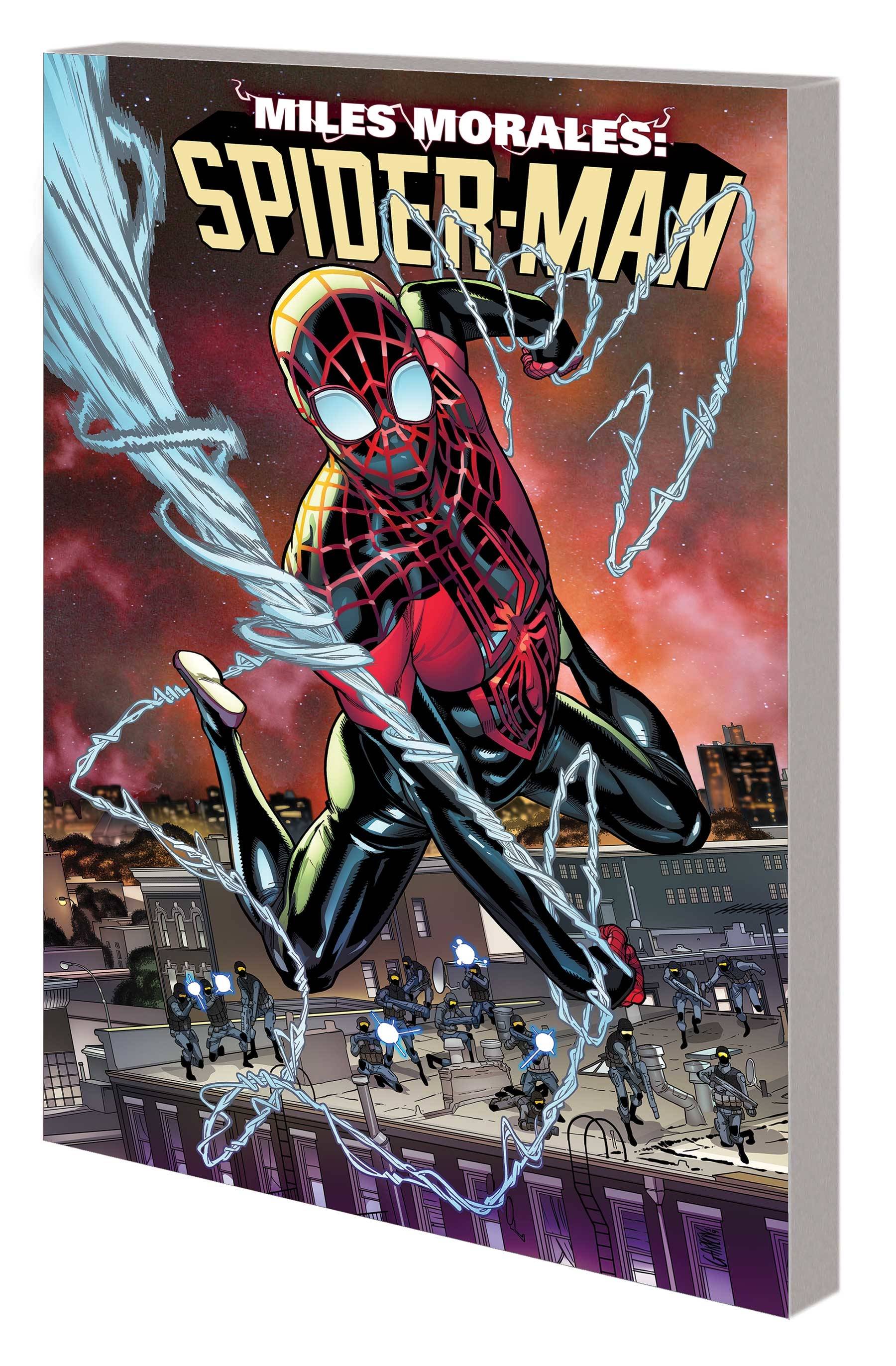 #
NOV200633
(W) Saladin Ahmed (A) Cory Smith, More (CA) Javi Garron
It's Moraleses vs. monsters as the Ultimatum saga reaches its chaotic conclusion! Miles is taking on his biggest responsibility yet: babysitting his new little sister, Billie! But fussiness and feeding time are the least of their problems, because there's something horrific stirring underground! Meanwhile, Miles' uncle Aaron has made a deal with a different kind of monster - the villainous Ultimatum - and he's about to get bitten! And to make things worse, when the government outlaws teenage super heroes, life must change for Brooklyn's young Spider-Man! It's time for the next generation to stand together - or fall apart! But will Miles' greatest enemy be...himself? Ultimatum's master plan is in motion, and it's way bigger than anyone expects. Everyone in Miles' orbit - and beyond - will need to come together to win this battle! Collecting MILES MORALES: SPIDER-MAN #16-21.