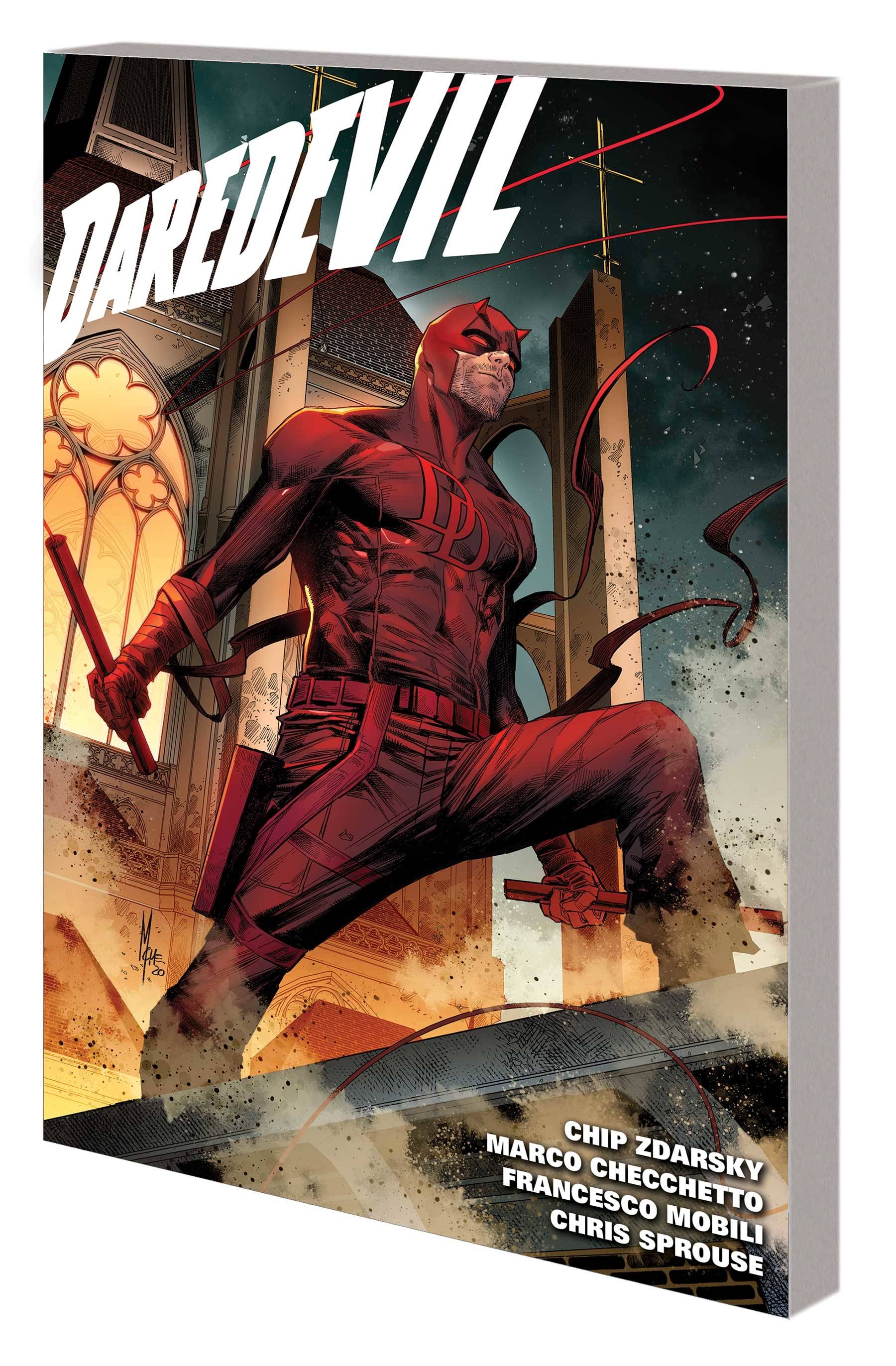 #
NOV200627
(W) Chip Zdarsky (A) More (A/CA) Marco Checchetto
The battle may be over, but Matt Murdock's war is far from finished! For weeks, Hell's Kitchen has been a lawless neighborhood - but when the police are finally able to resume their patrols, they soon learn they aren't the only ones interested in keeping the streets safe. Meanwhile, after the events of the past several weeks, Matt Murdock continues to struggle with how best to appease his sense of justice. But he'd better think fast, because the criminals of his neighborhood aren't inclined to give him any more time to heal. As the likes of Typhoid Mary and Bullseye make their murderous presence known once more, what designs does Elektra have for the Kitchen, the city...and maybe the world? Chip Zdarsky's Eisner Award-nominated DAREDEVIL saga continues! Collecting DAREDEVIL (2019) #21-25 and DAREDEVIL ANNUAL (2020) #1.