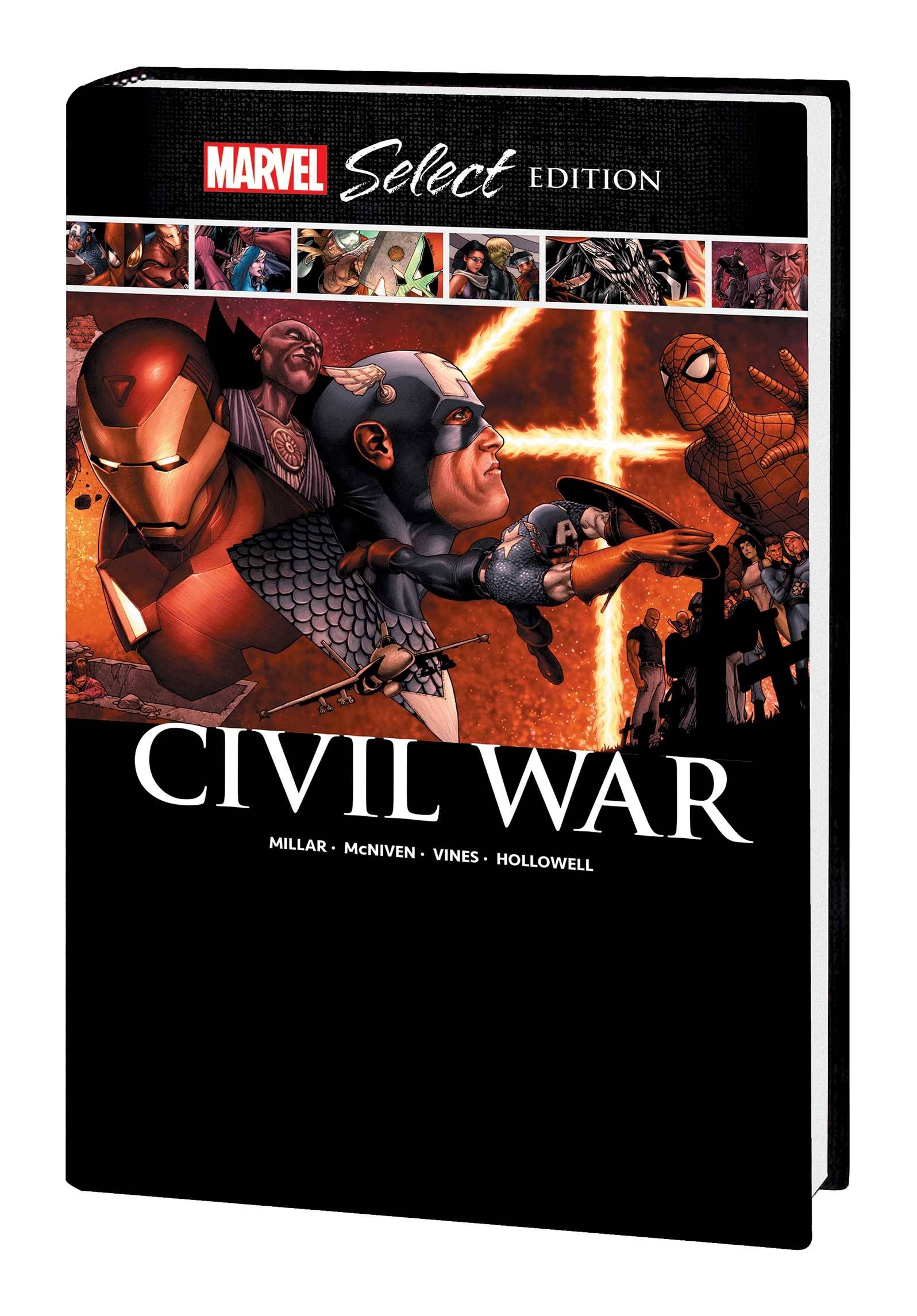 #
NOV200624
(W) Mark Millar (A/CA) Steve McNiven
Pick a side in the latest in our series of graphic novels handpicked by Marvel Editorial to showcase pivotal storylines written and drawn by some of Marvel's most acclaimed creators!
The Superhuman Registration Act has changed the landscape of the Marvel Universe forever - and as old friends Captain America and Iron Man clash over civil liberties, Earth's heroes go to war! When the conflict claims its first victims, no one is safe as teams, friendships and families are torn apart. A seismic crossover event from the blockbuster team of Mark Millar and Steve McNiven, CIVIL WAR rewrote the rules - and truly delivered on its universe-changing promise! Starring Spider-Man, the New Avengers, the Fantastic Four, the X-Men and the entirety of the Marvel pantheon, split down the middle! Whose side are you on? Collecting CIVIL WAR (2006) #1-7.