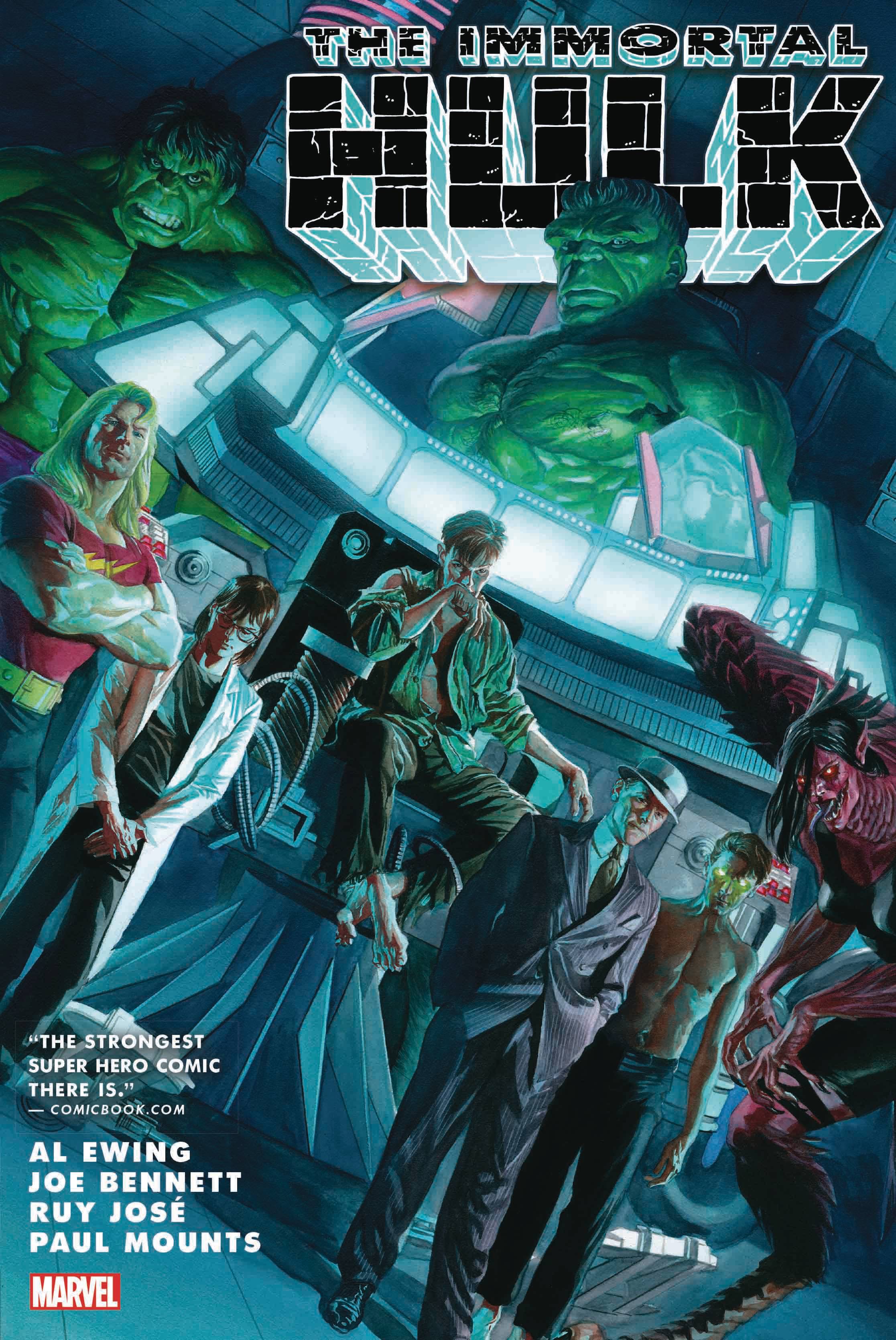 #
NOV200623
(W) Al Ewing (A) Ryan Bodenheim, More (CA) Alex Ross
The horrific, critically acclaimed saga of the Immortal Hulk continues! General Fortean has been pursuing his undying foe for some time without success, and now he must make a fateful decision. There can be no more half measures. No weapon is off the table. But his enemy, Bruce Banner, is only getting started. Banner is about to declare war on human society, and he might just be the most dangerous man in the world! As secrets from the far future leak into the past, the Immortal Hulk will be drawn into conflict with the Roxxon Corporation and its ruthless CEO, the man-monster Dario Agger. But when you mess with the Minotaur, you get the horns! And the ever-scheming Agger plans to recruit a Hulk of his own. Collecting IMMORTAL HULK #21-30.