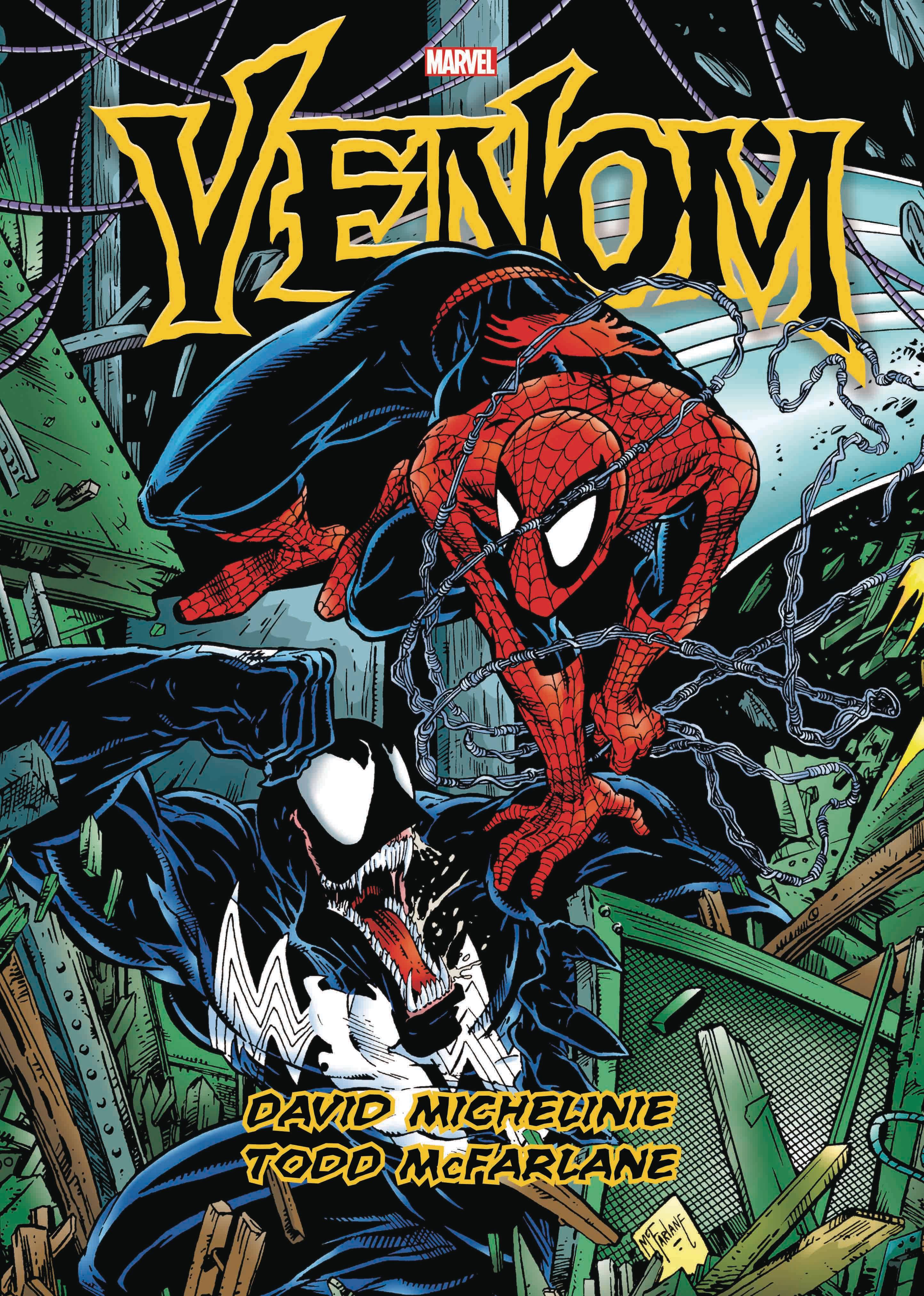 #
NOV200621
(W) David Michelinie (A/CA) Todd McFarlane
The deadliest foe of Spider-Man! During their acclaimed run on AMAZING SPIDER-MAN, writer David Michelinie and artist Todd McFarlane introduced an adversary for the ages: the larger-than-life Venom! Peter Parker's spurned symbiote costume sought out Eddie Brock, whose thirst for vengeance matched its own. Together, they emerged from the shadows to terrorize Mary Jane before turning their attention to their real target: Spider-Man! With all of Peter Parker's powers but much stronger and more vicious, Venom may be the one to shred the wall-crawler's web permanently, unless Spidey can find some weakness - and fast! But what will happen when Venom targets the Black Cat...and Aunt May?! This stunning Gallery Edition features Michelinie and McFarlane's unforgettable Spidey vs. Venom tales - and some of the most dynamic artwork of the era - in oversize glory! Collecting AMAZING SPIDER-MAN (1963) #300 and #315-317.