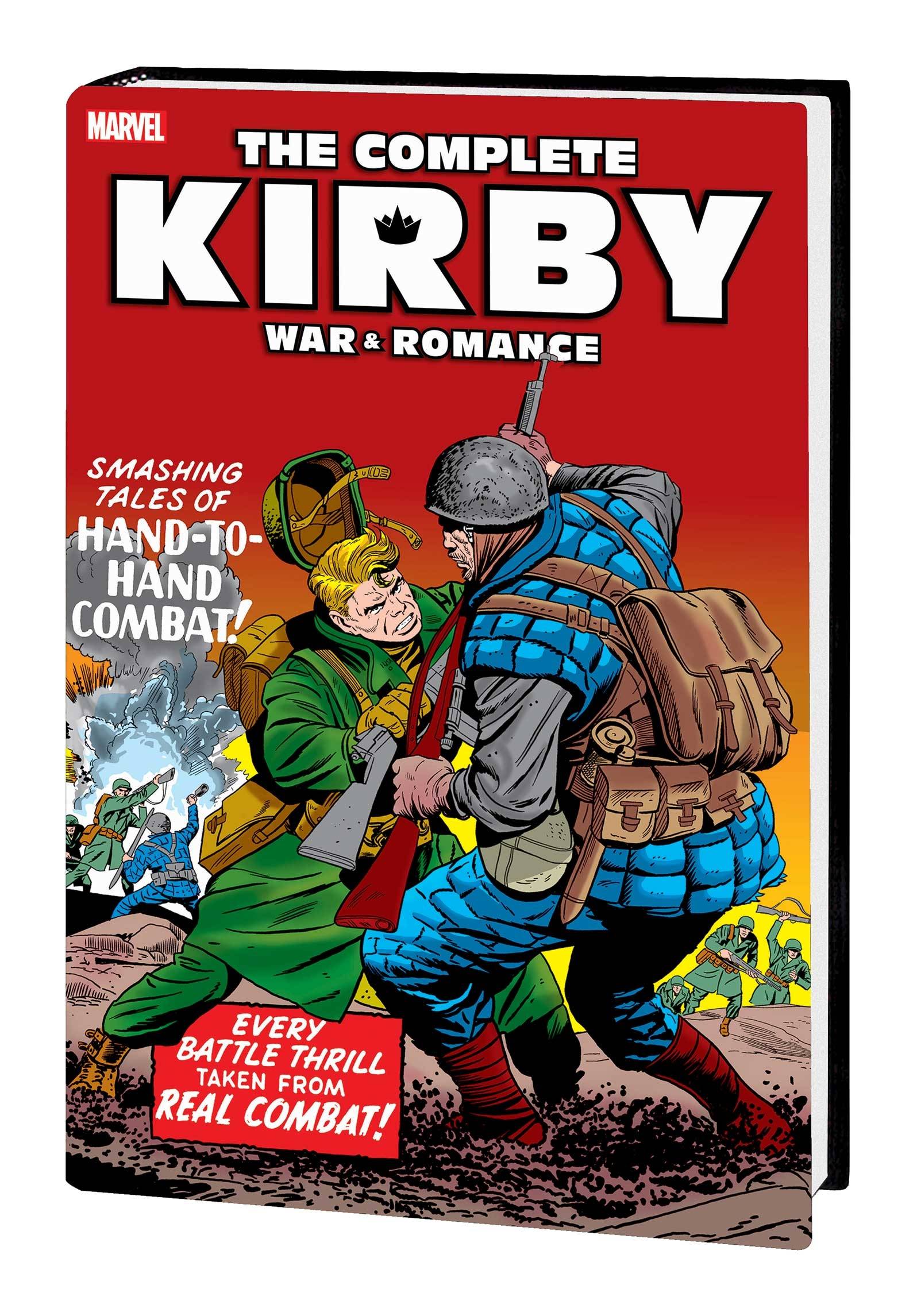 #
NOV200615
(W) Stan Lee (A/CA) Jack Kirby
King of the comics art form, Jack Kirby needs no introduction. He was an architect of the Marvel Universe, but his contributions extended far beyond just super heroes. Now, highlighting two sides of the human condition, Kirby's war and romance work finally gets its due! A combat veteran during World War II, Kirby brings hard-earned realism to BATTLEGROUND and BATTLE - while Kirby and Stan Lee bring the war genre into the Marvel Age with SGT. FURY! On the other end of the spectrum are tales from vintage romance titles - many restored directly from Kirby's original art - that prove that love is war! Collecting material from BATTLE #64-70; BATTLEGROUND #14; SGT. FURY #1-8, #10-20 and #25; LOVE ROMANCES #83-85, #87-88 and #96-106; MY OWN ROMANCE #71-76 and TEEN-AGE ROMANCE #84-86.