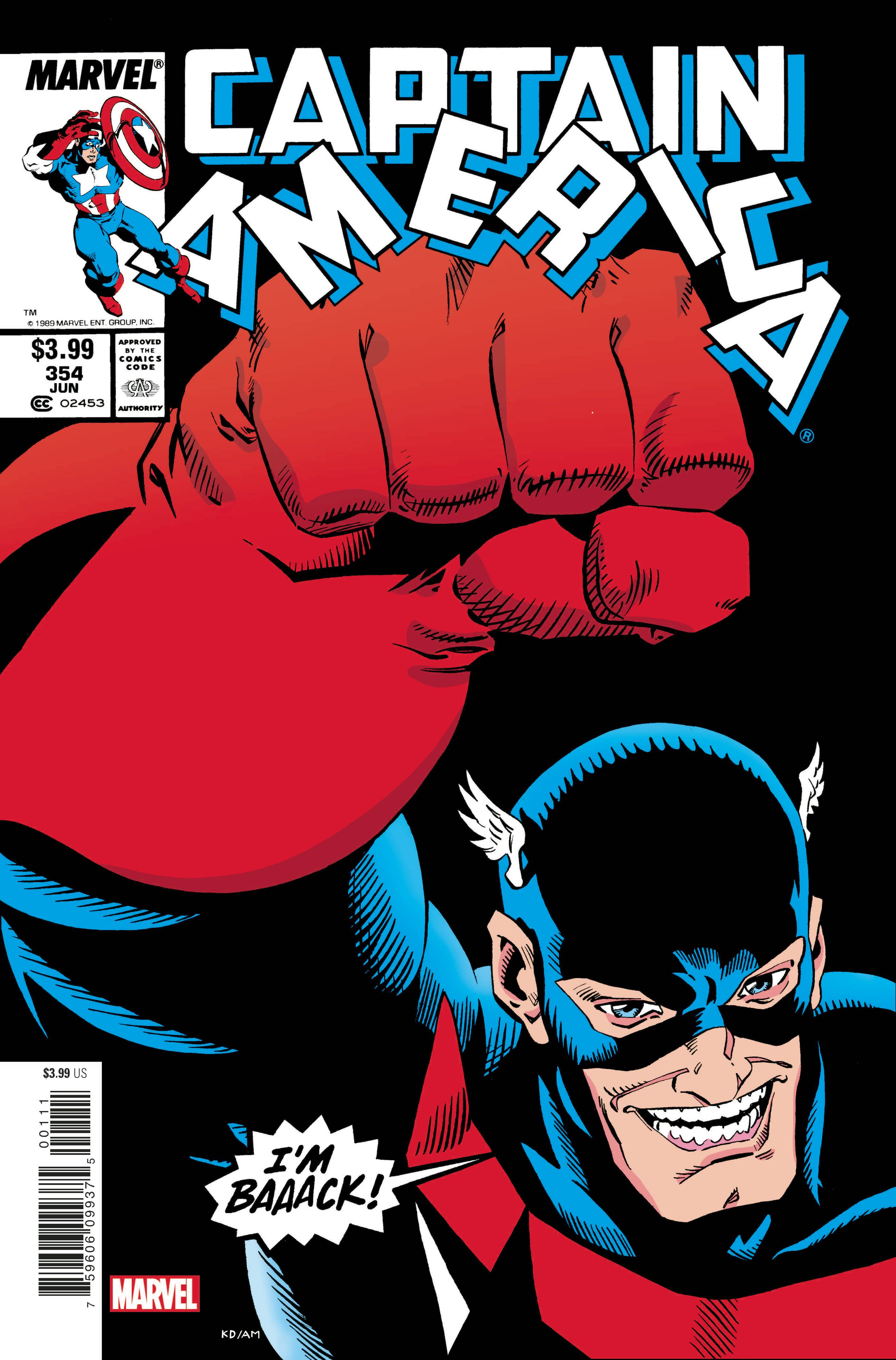 #
NOV200551
(W) Mark Gruenwald (A/CA) Kieron Dwyer
Meet the U.S.Agent! John Walker - the former vigilante called Super-Patriot, who, for a time, took over as Captain America from Steve Rogers - is back! And he's donned the red-white-and-black that Steve once wore as the Captain for his new role as a government-sanctioned Super-Soldier! But first the Agent must pass a deadly test - in combat against the Iron Monger! But that's just half the story...literally! While U.S.Agent and his former partner, Battlestar, begin a new chapter in their heroic careers, Cap hunts for the mechanical Machinesmith - and finds more than he bargained for in the return of the Sleeper! Twice the action, double the fun! It's one of the all-time great Marvel comic books, boldly re-presented in its original form, ads and all!
Reprinting CAPTAIN AMERICA (1968) #354