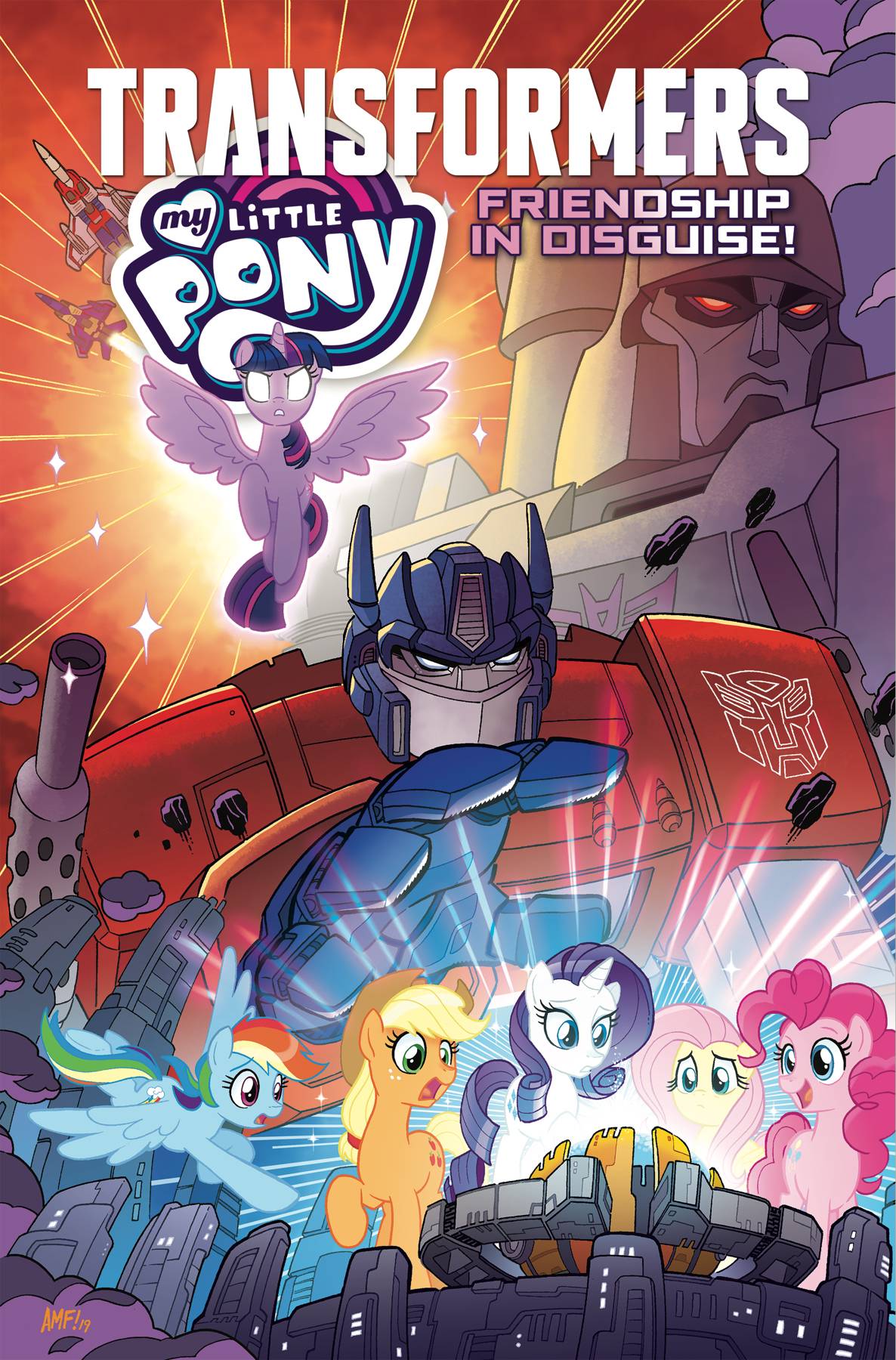 When Queen Chrysalis casts a spell looking for more changelings, she accidentally interferes with a malfunctioning Spacebridge! What's this mean for our favorite fillies? There are suddenly a bunch of Autobots and Decepticons in Equestria! And as the dust settles, Rarity and Arcee find themselves teaming up against a hostile Decepticon force. Plus Spike and Grimlock; Pinkie Pie, Gauge, and Shockwave; Fluttershy, Discord, and Soundwave; Rainbow Dash and Windblade; and Optimus Prime and Twilight Sparkle all team up for more adventures because in the end, Pony and Autobots are both fighting for friendship.
In Shops: Mar 31, 2021
SRP: $15.99