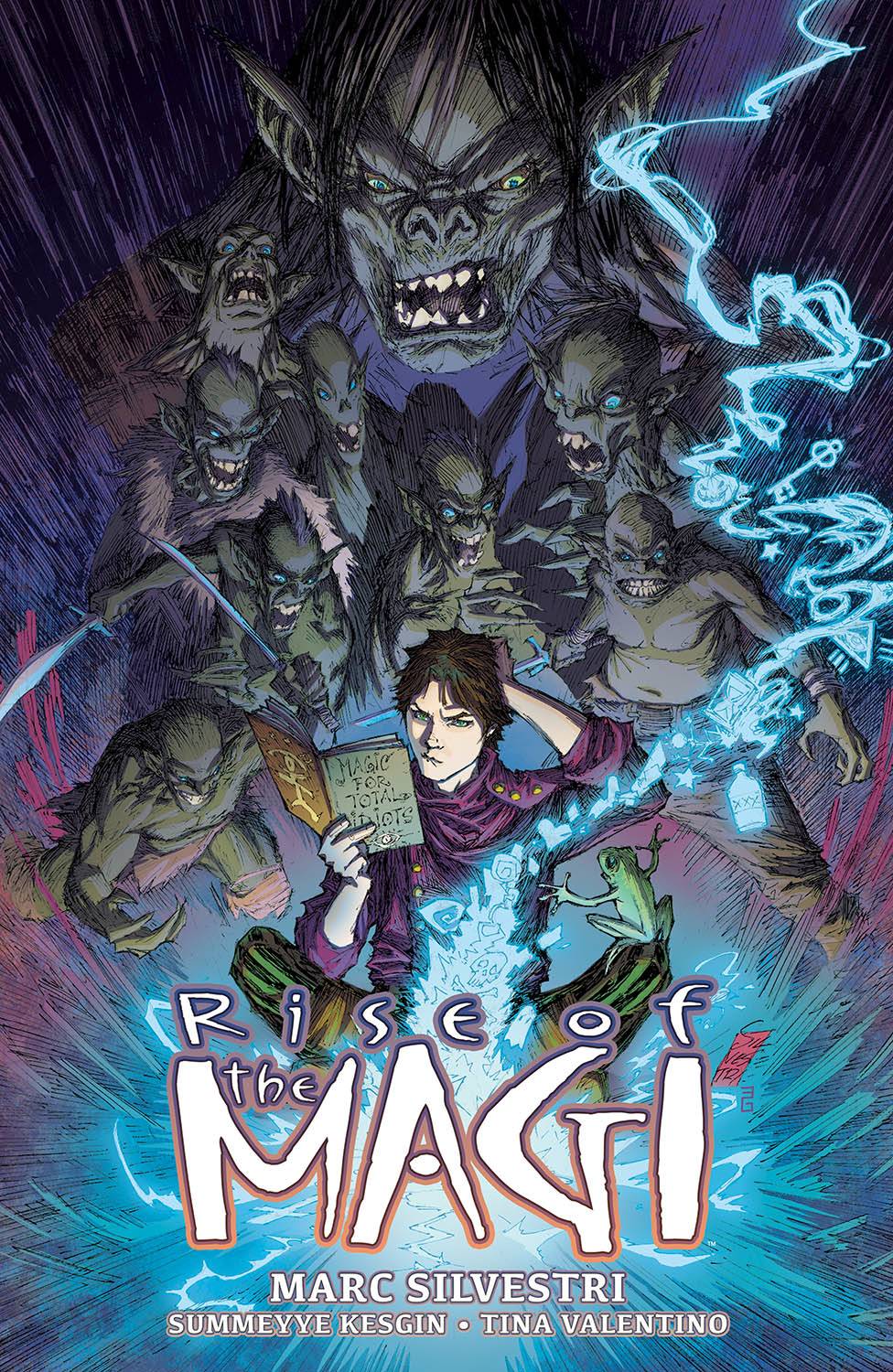 #
NOV200047
(W) Marc Silvestri (A) Sumeyye Kesgin, Tina Valentino (CA) Marc Silvestri
A small black sphere contains all the magic that exists in the past, present, and future. Without it, two worlds would not survive: a world of enchantment called Rune and our own. Asa Stone, an unremarkable young man in a place of magic, discovers that the spell has been breached, and a small chip of the black sphere has been stolen. Now an unspeakable evil threatens to use the stolen magic to destroy literally all of existence. With nowhere else to turn, and the fate of two worlds in his hands, Asa Stone's dreams of a life less mundane come abruptly and horribly true as he finds himself in possession of incalculable power and trapped in a strange and terrifying place called Earth. Collects RISE OF THE MAGI #1-7.
In Shops: Mar 31, 2021
SRP: $19.99