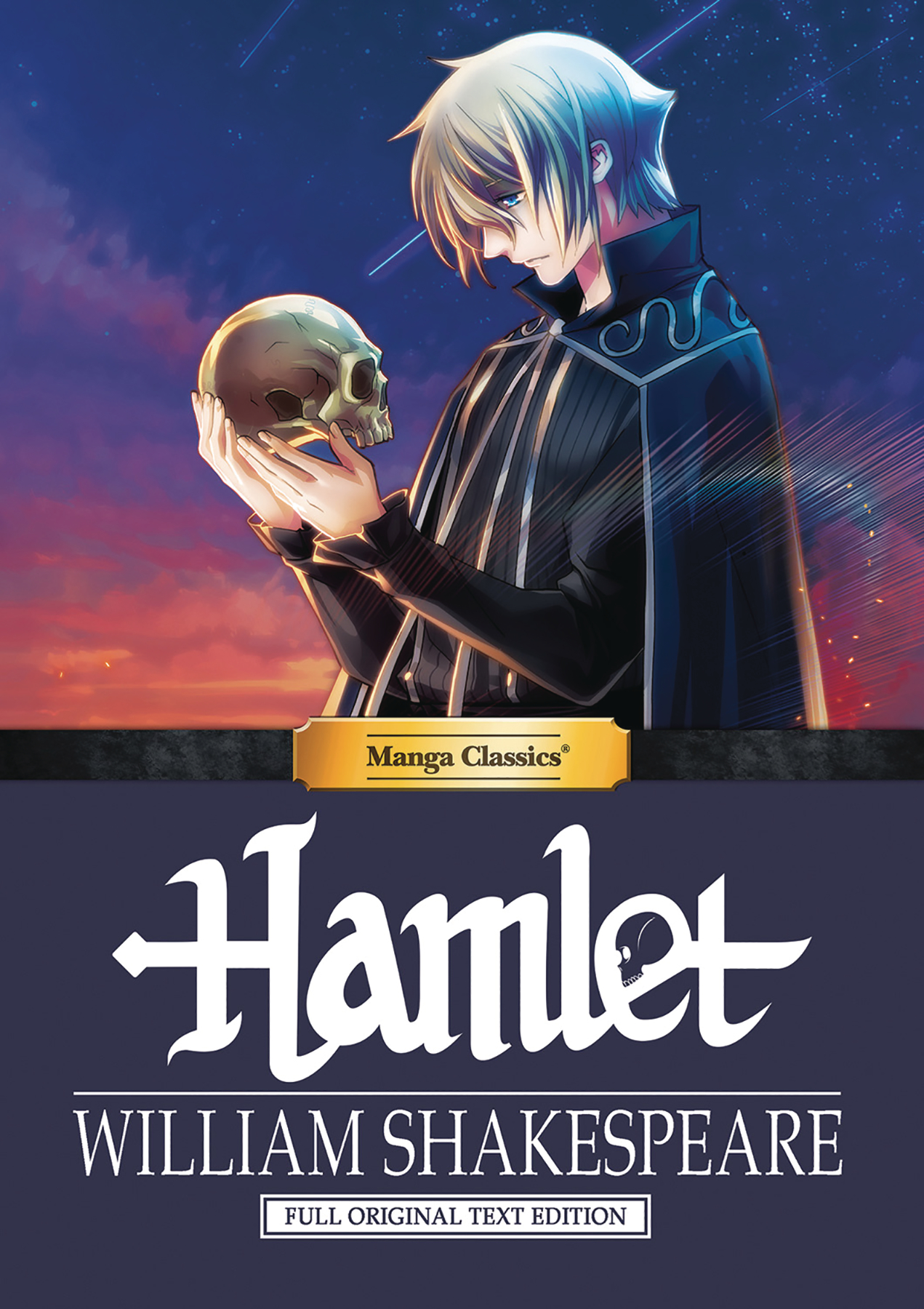 NOV192075
(W) William Shakespeare, Crystal S. Chan (A/CA) Julien Choy
The dead still walk in Denmark. Already crushed by his father's death and his mother's hasty remarriage, the young prince Hamlet is confronted by his father's ghost, bearing terrible news: he didn't simply die. He was murdered. Now Hamlet lives only for his vengeance - no matter how many other people must die for it. Manga Classics® proudly presents an exciting manga version of Shakespeare's masterpiece Hamlet in its full glory, featuring the COMPLETE, UNABRIDGED TEXT from the original play!
In Shops: TBD
Final Orders Due: Apr 10, 2020
SRP: $24.99