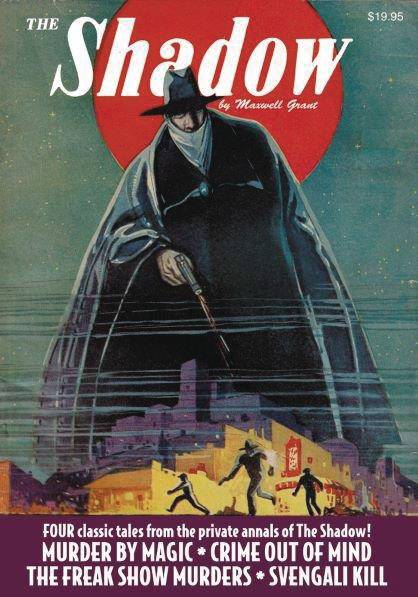 #
NOV191860
(W) Maxwell Grant, Walter B. Gibson, Will Murray, Bruce Elliot (A) Paul Orban (CA) Modest Stein, Charles Coll
The Knight of Darkness investigates magic-based crimes in four thrilling pulp tales by Walter B. Gibson and Bruce Elliott. First, The Shadow infiltrates the world of illusion and legerdemain when professional magician's props are utilized to commit "Murder by Magic." And a nightclub mind reader sees and tells all, but Kent Allard suspects the mentalist's visions are being used to commit "Crime Out of Mind"? Then The Shadow follows a traveling carnival's trail of death to uncover the bizarre secret behind "The Freak Show Murders." Finally, is a stage hypnotist responsible when a subject commits suicide before a theater full of witnesses? Only The Shadow knows!
In Shops: Jan 29, 2020
SRP: $19.95
View All Items In This Series
ORDER SUBSCRIBE WISH LIST