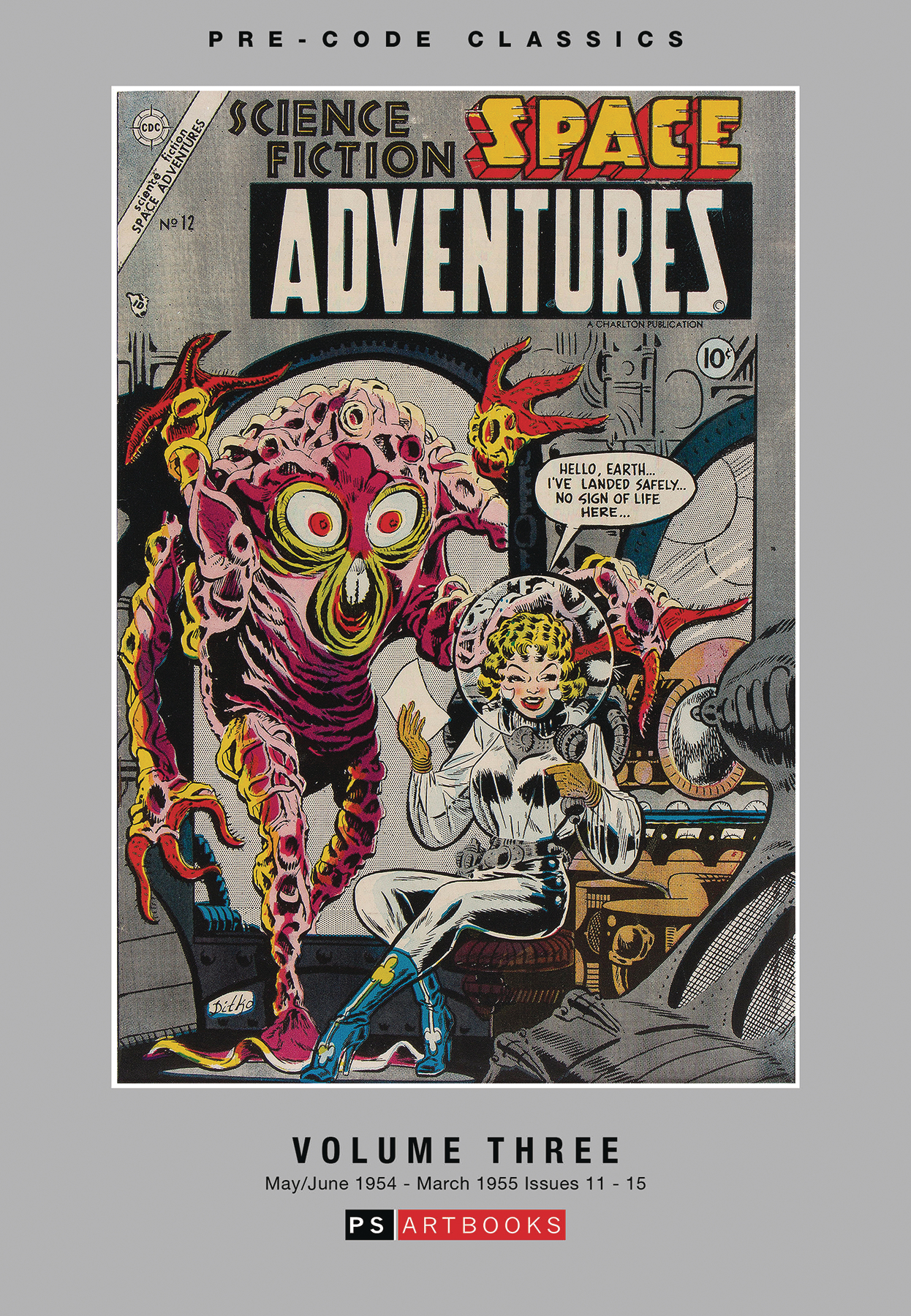 NOV191843
(A) Dick Giordano, Steve Ditko, Seymour Moskowitz, Tony Tallarico, Vince Alascia, Bill Molno, Al Fago, Jack Kamen, Ted Galindo
This third volume of Charlton 's fit 'n' funky Space Adventures couldn't always make up its mind whether to go all-out-SF or all-out-Horror or, as is in evidence here, a mix of the two. And you know what, it works perfectly particularly with The Blue Beetle flashing his chops. Ideal fodder for fans of I Married A Monster From Outer Space and Dan Dare, plus Quatermass. Yessir, this baby near on demands that you dig out that old goldfish bowl and your holstered interstellar raygun. If you're quick, you can probably fight off several groups of marauding aliens before your mum calls you in for supper! Collects Space Adventures #11-15 (May/June 1954 to March 1955).
In Shops: Mar 25, 2020
SRP: $45.99
View All Items In This Series