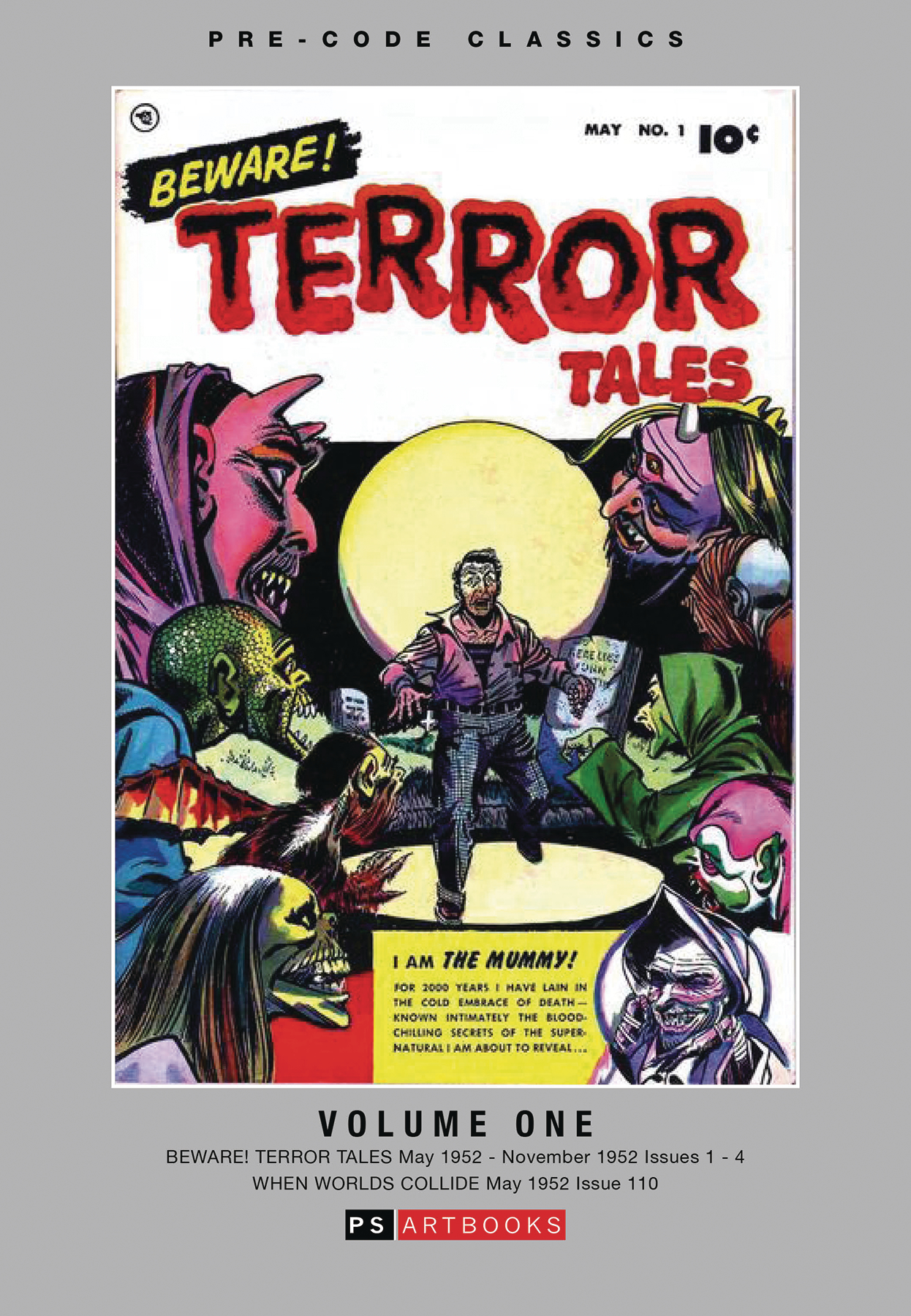 NOV191841
(A) Bernard Baily, Bob Powell, Mike Sekowsky, Ross Andru, Shelly Moldoff, Robert McCarty, Maurice Gutwirth, George Evans
Fawcett's Beware! Terror Tales was one of the best and most unsettling comics from what is considered by many to be the true Golden Age (Pre-Code) of horror comics! An anthology comic featuring horror stories, hosted by The Mummy. With contributors including Bernard Baily, Bob Powell, Mike Sekowsky, Ross Andru, Sheldon Moldoff, Bob McCarty, Maurice Gutwirth and George Evans and you even get a little (heck, a big!) something extra with the inclusion of Fawcett's bonus motion picture comic, When Worlds Collide. Collects Beware! Terror Tales #1-4 (May-November 1952) and When Worlds Collide (May 1952).
In Shops: Mar 25, 2020
SRP: $45.99
View All Items In This Series