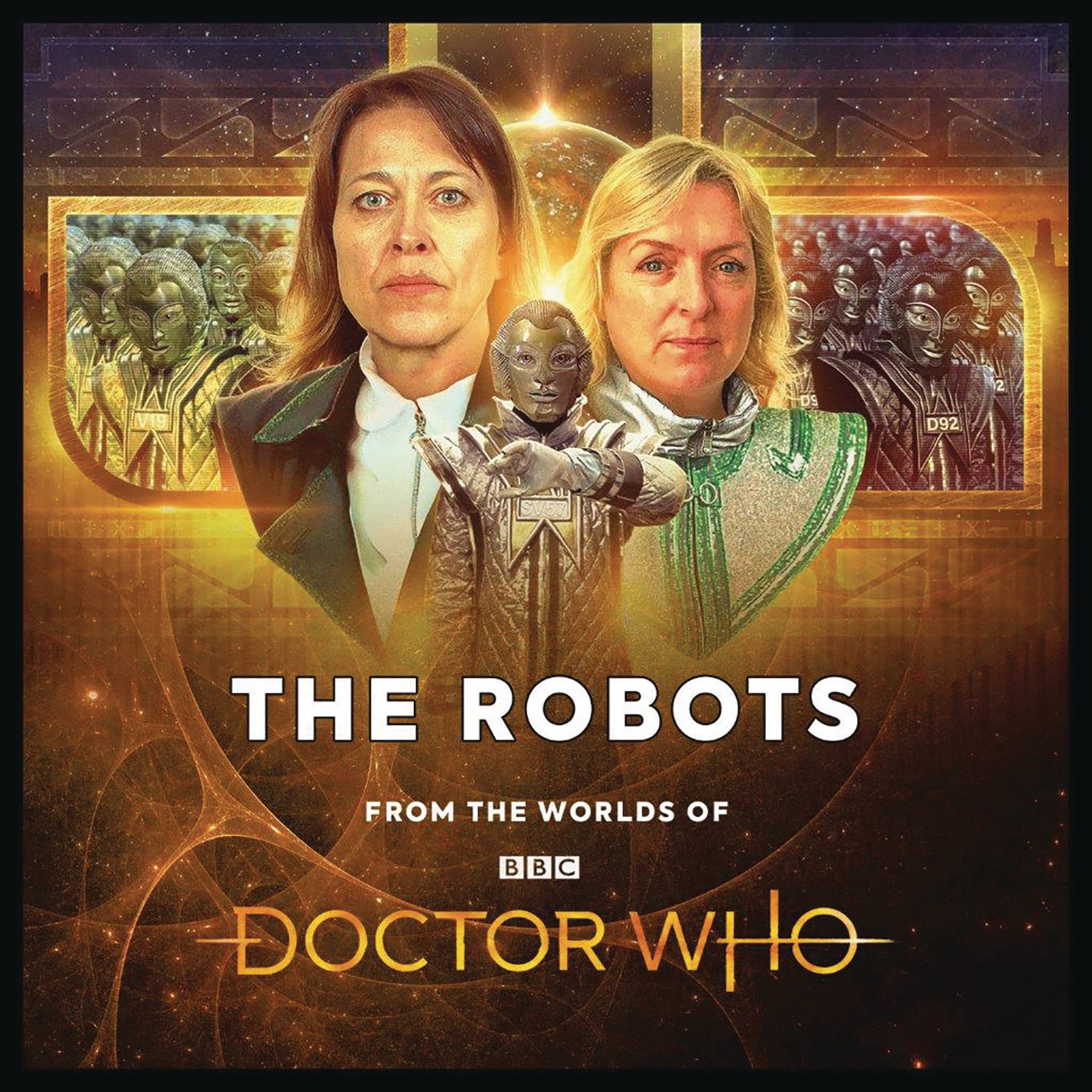 #
NOV191580
(W) Roland Moore, John Dorney, Robert Whitelock (CA) Ryan Aplin
Starring Nicola Walker as Liv Chenka and Claire Rushbroo as Tula. Liv Chenka left the Doctor and the TARDIS behind. Just for one year. A year during which she would live on Kaldor and get to know her sister Tula all over again.  But Kaldor is going through a period of tumultuous change. Technology is changing at an advanced rate. the robots are evolving, artificial intelligence is adapting, and with these changes so politics is altering too. Dangerously. Can Liv and Tula make a difference during the most turbulent time in the world's history? Return to the world of Kaldor in this new series from writer Chris Boucher, inspired by his classic Doctor Who story, "The Robots of Death."
In Shops: Mar 04, 2020
SRP: $41.99