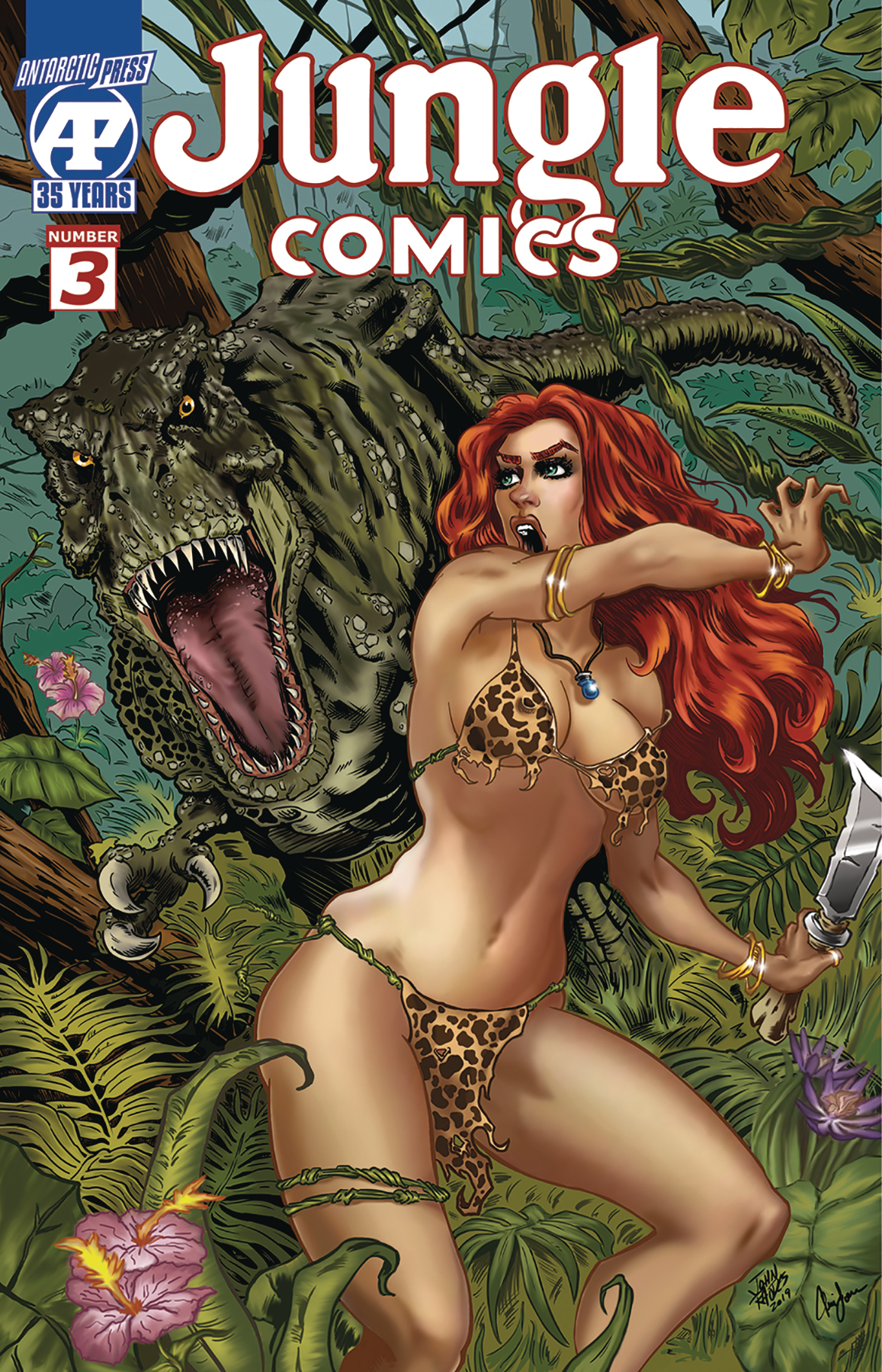 NOV191459
(W) Chuck Dixon, John Rhodes, Steve Ross (A) Ben Dunn, Hannu Kesola (CA) John Rhodes
80th Anniversary Issue!  For this Jungle Comics landmark, we've got a four-course feast of tangled tales!  Jojo and Rhula combat invading poachers who have unwittingly awakened a sinister force in "Jungle Heat".  Shanna the Firehair must find the will to fight her own father, possessed by an evil alien entity.  The survivors of a plane crash on "Hidden Island" must handle encountering prehistoric beasts.  And an explorer, the lone survivor of a jungle plane crash, saves a local princess and is taken to her village, where something sinister appears to be afoot!
In Shops: TBD
Final Orders Due: Apr 10, 2020
SRP: $3.99
View All Items In This Series